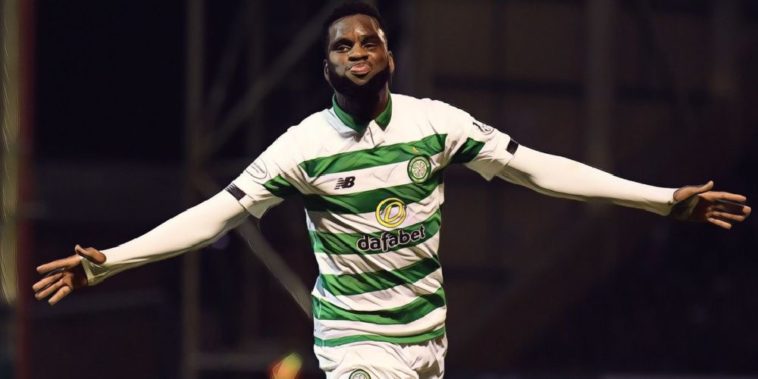 West Ham are being linked with a move for Celtic forward Odsonne Edouard as the club continue their search for a replacement for Sebastian Haller.

West Ham are interested in signing a new striker before the closure of the January transfer window and have been linked with a number of names in recent weeks, the club having sanctioned the sale of Haller to Ajax earlier in the window following a disappointing spell for the club-record signing.

David Moyes’ side have enjoyed a promising first half of the campaign and have won each of their five fixtures since the turn of the New Year, though have been left short of attacking options with Michail Antonio the only recognised senior figure at centre-forward.

According to the Star, the Hammers are now eyeing a move for Celtic’s Edouard and will ‘push’ to sign the £35m-rated forward before the transfer window’s closure on February 1, with the Frenchman having starred since swapping Paris Saint-Germain for the Scottish champions.

The 23-year-old has scored 74 goals in 151 appearances for Celtic and is understood to be keen on testing himself at a higher level, with Moyes confident the star can ‘flourish’ with a move to the Premier League.

Arsenal and Tottenham have previously been linked with the player but are not considering a move at present, and West Ham are hopeful of persuading the forward to move to the London Stadium.

Edouard has entered the final 18months of his contract and Celtic are prepared to cash in if they receive a suitable offer, the club currently 23 points behind league leaders Rangers and the pressure continuing to mount on under-fire manager Neil Lennon.