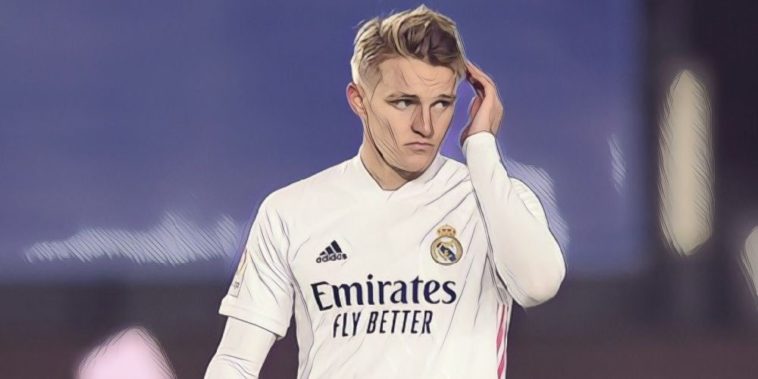 Arsenal have agreed a deal to sign Martin Odegaard on loan from Real Madrid, but the deal does not include an option to make the transfer permanent.

Odegaard has agreed a deal to move to the Premier League on loan until the end of the season, with the Norway international having been keen to leave Real Madrid in search of regular first-team football having found opportunities limited this season.

The 22-year-old has started just three league fixtures this season after returning to the Bernabeu following a successful loan spell at Real Sociedad last season, in which he scored seven goals and provided nine assists across all competitions.

Sociedad had been keen to secure the midfielder on another loan deal after Odegaard expressed his desire to leave this winter, though Real Madrid’s reluctance to allow the star to depart to a top four rival in Spain has allowed Arsenal to agree a deal.

Odegaard captured the attention of the football world when signing for the Spanish champions five years ago, Real winning the race to secure the services of the then 16-year-old despite much-publicised interest from across Europe.

His progress since then has proven steady rather than spectacular, however, spending loan spells with both Heerenveen and Vitesse before his successful stint at Sociedad last term.

According to the Times, the Gunners will pay a loan fee of £1.8m for the player in addition to covering his £38,000-a-week wages and Odegaard could be in line for his debut in this weekend’s clash against Manchester United at the Emirates.

Mikel Arteta had been desperate to add creativity to his side and Odegaard represents a short-term solution until the end of the season, with no option to purchase the player having been included in the deal.

The Guardian are reporting that the two clubs will discuss the ‘best way forward’ for the player should his loan move prove successful, however, opening up the possibility of an extension or permanent deal.