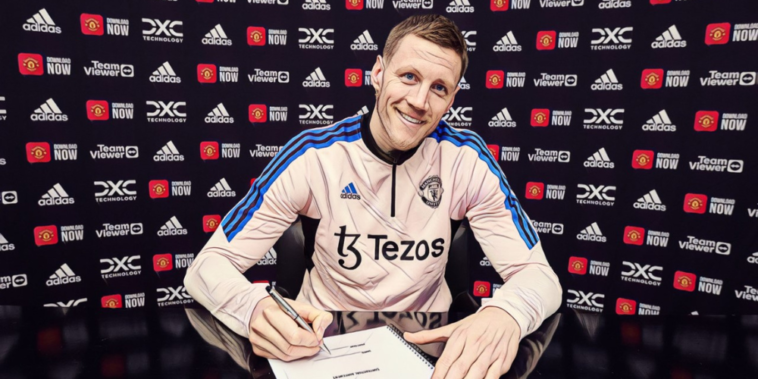 Wout Weghorst has revealed his motivation for joining Manchester United and believes he has unfinished business in the Premier League.

Weghorst has signed on loan for Manchester United from Burnley for the remainder of the season, as Erik ten Hag looked to bring in an experienced option to his forward line.

The 30-year-old spent the first half of the campaign on loan at Bestikas, where he scored eight goals and provided four assists in 16 league appearances.

Weghorst struggled to make an impact in the Premier League as Burnley were relegated last season, having arrived with a fine reputation from the Bundesliga after scoring 59 league goals across three-and-a-half seasons at Wolfsburg.

The Dutch international admits that period has given him added motivation to make an impact at Old Trafford, as he prepares to make his debut for United at Crystal Palace on Wednesday.

“For me, it was not done,” he told manutd.com. “It was not finished. It didn’t work out the first time as I hoped and I’m really hungry to show myself, to help the team.

“Of course, we are on a really good track now. The last couple of weeks, months actually, it’s going really positive here and I just want to contribute and give my best and give my all for the club and I try to be a part of the successful way we are going.”

Weghorst opened up on his desire to score goals for the Red Devils, who are in fine form at present after a run of nine consecutive wins in all competitions.

“Of course, I want to score goals here. I’m a striker and I think every striker knows it; you are living for scoring goals.

“That’s the thing we have been working all week for to get it done in the weekend and that’s definitely something I want to achieve here also. That’s also what I meant with being part of it and contributing. Of course, for me as a striker, at the end, it’s also all about goals.”