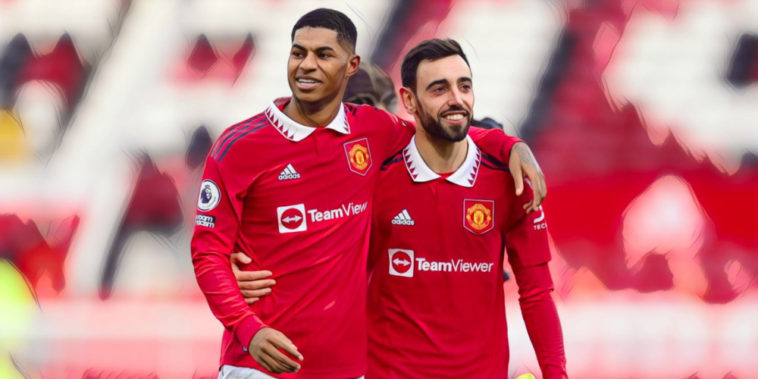 Brighton the benchmark for smart recruitment

Rewind four months and there were those in fear that Brighton’s progress was set to be undone, as a wealthier Premier League rival swooped in, stole their manager and coaching staff, and left the Seagulls in need of new direction.

Brighton have since proven that the foundations of the club are set. Roberto De Zerbi has been a smart appointment, building on the base Graham Potter provided to keep the Seagulls moving upwards.

Against Liverpool this weekend, his side were quite simply fantastic, producing an utterly dominant and vibrant display of intensity and intelligent attacking football. It was everything that has been absent in their opponents this season, with De Zerbi having seen his side discover a goalscoring groove they often lacked under his predecessor in recent weeks.

Brighton have built one of the division’s slickest machines on a budget in comparison to several rivals. Their starting side against Liverpool cost roughly £30m, of which around half was spent on left-back Pervis Estupinan last summer. The true value of this side is far, far in excess of that.

As Chelsea spend extraordinary sums on new additions and Liverpool’s supporters plead for reinforcements in a midfield overwhelmed this weekend, it’s worth remembering that talent can be unearthed for modest fees. Moises Caicedo, Alexis Mac Allister and Kaoru Mitoma would not look out of place at ‘Big Six’ clubs. In truth, they might soon find themselves there.

Brighton will not panic should that situation arise. They’ve been down that road before. The Seagulls are set up to move on, reinvest and keep knocking on the Premier League’s glass ceiling.

Nottingham Forest’s chaotic summer was always likely to lead to a slow start to the season, with the club’s mass recruitment drive seeing an entire new squad arrive at the City Ground.

Forest won just one of their opening 11 league assignments, but have won four of their past eight to climb up the table. Steve Cooper’s side are showing encouraging signs after beating Leicester this weekend, a result which secured back-to-back Premier League wins for the first time this season.

That those victories came against fellow strugglers only emphasises their importance, in a congested bottom half that has just five points separating the bottom eight sides. The change to a back four has benefitted Forest, with full-back duo Serge Aurier and Renan Lodi impressing with greater security ahead of them in midfield.

Brennan at the double! ✌️ pic.twitter.com/MFeK5o4HtU

Further forward, Morgan Gibbs-White and Brennan Johnson have developed a chemistry in the final third, with the former providing both assists for Johnson in the win over Leicester. Gibbs-White brings an x-factor to the Forest side and Johnson has benefited from the midfielder’s ability to beat players and thread passes through opposition lines.

After a tough start, there is optimism at Forest.

It was a bad weekend for West Ham and Everton, each of who find themselves mired in the bottom three and without a win in seven Premier League games.

The unrest at Everton was such that the board were advised not to attend the club’s game with Southampton, over ‘real and credible threat to their safety’. In an atmosphere of anger and frustration, boos rang out Goodison Park as the Toffees surrendered a lead to lose to the Saints. It was a sixth loss in seven games for Frank Lampard, whose position is under threat despite much of the fan frustration being aimed at those above him.

“I know I'm not a miracle worker. I know I'm not the best coach in the world but I know I will work as hard as I can to be as good as I can be." pic.twitter.com/t4h50RuixP

Former Blues boss David Moyes is another who is facing a fight to save his job, after West Ham – Europa League semi-finalists last season – lost at Wolves. Moyes was backed significantly in the summer as the Hammers looked to kick on from successive European qualifications, but the club’s results and performances have deteriorated to an extent that leaves them mired in relegation trouble.

The big-money signings of Gianluca Scamacca and Lucas Paquetá have not clicked as hoped, while Jarrod Bowen’s form has been puzzling given his exploits last season. Moyes and Lampard, should a decision on their future not come before, meet in the Premier League next weekend. A loss for either could have decisive consequences.

Pep Guardiola declared that Manchester United ‘are back’ after watching his Manchester City side lose at Old Trafford this weekend.

“United is back now after many years, that is the reality,” Guardiola told talkSPORT at full-time.

The Spaniard’s comments came after United came from behind to win the Manchester Derby, a result which extended the winning run of Erik ten Hag’s team to nine games in all competitions. Ten Hag appears to be able to do no wrong right now, with his tweaks and changes behind the Red Devils’ resurgence.

❤️ Together, there's nothing we can't do. #MUFC || #MondayMotivation pic.twitter.com/HPKqY9fhog

Marcus Rashford is in the form of his career and scored for seventh game in a row, while Aaron Wan-Bissaka has come in from the cold to give himself a lifeline at the club. Luke Shaw has handled the switch to a centre-back role with ease, and Alejandro Garnacho proved he is capable of making a difference in the big games with another impactful cameo off the bench.

United are now just one point behind Manchester City in the table and their early season struggles seem a long time ago. Champions League football should now be an expectation and not a target, and with Arsenal to come next week Ten Hag’s team have the chance to open up the title race. It shapes as the biggest match-up between the old rivals for some time.

It proved a fine weekend of results for Newcastle, whose hopes of Champions League football were boosted with a 1-0 win over Fulham at St James’ Park. Defeats for Tottenham, Fulham and Liverpool have solidified the Magpies’ position in the top four, with a five-point cushion to the chasing (or somewhat stumbling) pack.

The win over Fulham was an ugly one, ground out despite being below their best and as a result of some good fortune and a defence which has propelled their Champions League challenge. Aleksandar Mitrovic’s slip when taking a penalty kick was a let-off, but Newcastle’s backline once again provided the foundation for three points.

11 – Newcastle have kept more clean sheets (11) and conceded fewer goals (11) than any other side in the Premier League this season. Bedrock. pic.twitter.com/lMA9SuzEiS

Not so long ago there were question marks over Eddie Howe’s recruitment and ability to organise a defence, with Bournemouth’s vulnerability at the back often used as an argument against his credentials. Since taking charge at Newcastle he has transformed those perceptions and the Magpies boast a remarkable defensive record this season.

Newcastle have now kept as many clean sheets (11) as goals they have conceded in the Premier League this season and only Arsenal (14) come close to their defensive record this season. It is the pillar on which their top four hopes have been built.