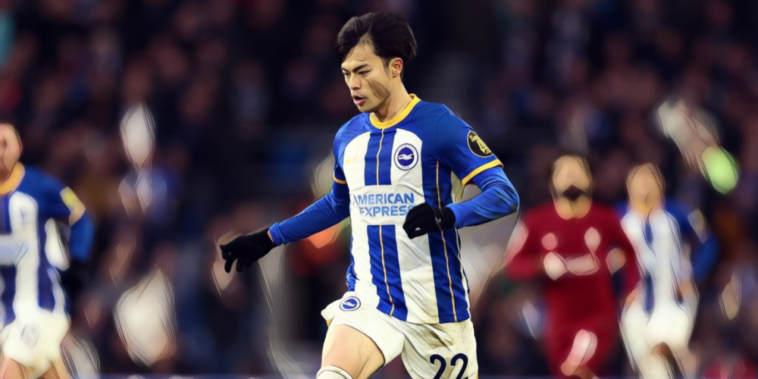 The Manchester Derby did not disappoint in a controversial and compelling game at Old Trafford, as Manchester United came from behind to beat Manchester City and shake up the title race.

Erik ten Hag’s team fell behind in the second half as Jack Grealish opened the scoring for the visitors, but turned the game around with two goals in four minutes to maintain their winning run.

United’s equaliser was shrouded in controversy. City defender Manuel Akanji branded Bruno Fernandes’ goal a “joke” and Ten Hag admitted that he “wouldn’t be happy” if his side had conceded a similar goal.

His goal is ruled onside after the linesman initially put his flag up! ✅ pic.twitter.com/AJDIGH2Be5

Marcus Rashford was deemed not to be interfering with play despite running towards the loose ball from an offside position, before leaving the path for Fernandes to sweep home and level. Linesman Darren Cann initially flagged for an offside against the forward, before Stuart Attwell ruled the goal should stand.

City were furious as United celebrated an equaliser that sparked their comeback win. How big a decision that could be on the title race remains to be seen. The champions are now eight points behind leaders Arsenal, while a resurgent Red Devils side are now just one point behind their cross-town neighbours.

Brighton’s recruitment team are among the best in the business right now, with the Seagulls staff continuing to unearth diamonds.

Marc Cucurella and Yves Bissouma are among the names to have been bought and sold for huge profits in recent windows and it would come as little surprise to see Kaoru Mitoma attract significant interest from wealthy suitors.

Mitoma has had to be patient for his chance at Brighton, spending last season on loan in Belgium as he awaited a work permit. This season the Japanese gem has been a revelation and produced his latest outstanding performance as Roberto De Zerbi’s side thrashed Liverpool.

Kaoru Mitoma turned down a professional football contract at 16 in order to go to university. 👨‍🎓

He wrote his thesis on dribbling and his research involved fixing a camera to his head to record his movements to study which ones enabled him to get past opponents 🏃‍♂ pic.twitter.com/xXznmc24Mq

Liverpool had no answer to the winger’s electric pace and direct dribbling, as Mitoma twisted and turned the Reds’ inside out. Explosive, exciting and getting better in a Brighton shirt with each passing performance, the 25-year-old was the standout as the Seagulls’ stunned Jurgen Klopp’s sinking ship and climbed above Liverpool in the table.

Shakhtar Donetsk drove a hard bargain for the services of Mykhailo Mudryk, as Chelsea outbid Arsenal to land the in-demand winger.

Following the completion of the 22-year-old’s move to the Premier League, the Ukrainian side have announced that £20.5m of the £88m fee will be donated to soldiers and their families as the nation continues to deal with the impact of war with Russia.

Huge credit to the club.

Shakhtar Donetsk have announced that £20.5m of the £88m received for Mykhailo Mudryk will be donated to Ukrainian soldiers and their families.

The 32-year-old had failed to score a Premier League goal this season before the weekend, but took this chance with the confidence of a man at the top of the goalscoring charts.

Welbeck bamboozled Joe Gomez with a clever flick over the defender’s head, before firing home an emphatic finish to put the gloss on a big win for Brighton.

Aleksandar Mitrovic returned to Newcastle this weekend with an opportunity to show his former side how far he’s come, but the Serbian wasted a glorious chance for Fulham to take the lead at St James’ Park.

Mitrovic slipped as he took a spot-kick for the visitors, with the double touch seeing his effort ruled out despite finding its way past Nick Pope.

It proved a costly slip from the Serbian, as Newcastle found a late winner to put an end to the Cottagers’ winning run.

CAN YOU BELIEVE IT! 🤯

Aleksandar Mitrović slips as he takes the penalty and the goal has been disallowed as he touched the ball twice! 😲 pic.twitter.com/kh7gOGSI6t

Arsenal moved eight points clear at the top of the Premier League table after a convincing North London derby win at Tottenham.

The Gunners momentum has shown no signs of slowing as the club exceed expectations this season, with Mikel Arteta’s team in pursuit of a first league title since 2003/04.

47 – Arsenal have won 47 points from 18 Premier League games this season; the most points they’ve won at this stage of a campaign in their league history. Dreaming. pic.twitter.com/654cQE4PYZ

Arsenal have more points at this stage of a season than in any other league campaign in the club’s history, including that famous unbeaten season almost two decades ago.

It’s now an eight-point advantage at the top of the division for Arsenal, who next face in-form Manchester United in another test of their title credentials. The Red Devils have found momentum of their own under Erik ten Hag…

The Manchester City manager said his side ‘cannot win’ the Premier League after defeat at Manchester United this weekend, a loss which leaves the champions eight points behind Arsenal.

"I don't care about the Premier League and the Carabao Cup, we cannot win. We won a lot, so it's not a problem." 👀

City have recovered from worse positions than this, but with Tottenham (twice) and leaders Arsenal to come in their next five league games, this is a defining period in their title defence.

Liverpool’s season reached a new low after being battered at Brighton, with the club’s failings exposed in ruthless fashion on the South Coast.

Jurgen Klopp’s tactical tinkering failed to work as the Seagulls cut apart their struggling visitors, a high defensive line punished and an immobile midfield cut through with ease. Jordan Henderson has been written off at Liverpool before and come back, but the Reds’ captain is enduring a truly tough period at present.

He failed to make any sort of impact on the game as Brighton dominated proceedings and it came as a surprise when the 32-year-old emerged for the second half. Liverpool’s midfield has repeatedly been bullied this season and looks a shadow of it’s former self. Henderson’s decline has epitomised that.

A mention must go to the moronic Spurs fan who made a pathetic attempt to kick Arsenal’s Aaron Ramsdale on the full-time whistle of the North London derby.

Ramsdale revels in his self-made role as a wind-up merchant, but football really has no place for such idiots.

"Can't go down Spurs no more. Banned aren't I. Last time I was there for the North London Derby I ended up having a straightener with Aaron Ramsdale. Took his head clean off with a roundhouse kick" pic.twitter.com/2Zfvu34vMb