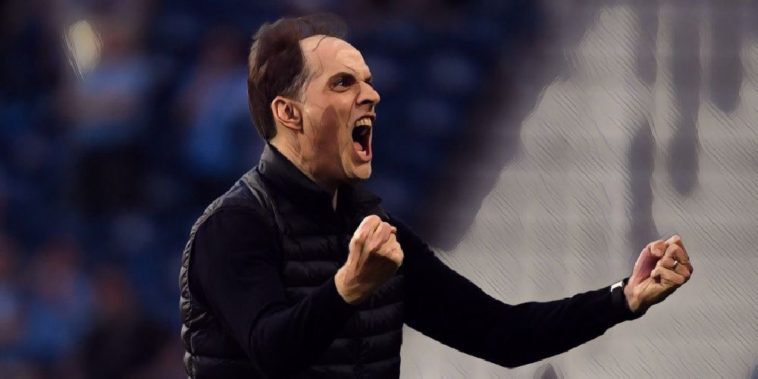 Kai Havertz was the hero as Chelsea were crowned Champions of Europe for a second time, defeating Manchester City in a hugely entertaining final in Porto.

Chelsea came into the game having beaten Manchester City twice in the last six weeks, knocking them out of the FA Cup at the semi-final stage before coming from behind to beat them in the Premier League.

While the last all English final – Liverpool’s victory over Spurs in 2019 – was a pretty boring and unforgettable final, this one was far from it, City and Chelsea at times producing a breathless and end-to-end affair, the west London side regularly looking to utilise the electric pace of Timo Werner on the break, with the German squandering a handful of early chances.

After a blistering start to the match, the breakthrough would finally come three minutes before the interval, Mason Mount playing a sumptuous through ball into the path of Kai Havertz, the summer signing taking a touch to take it past the onrushing Ederson before slotting into an empty net.

City’s hopes of getting back into the game were dealt a blow as Kevin de Bruyne was forced off on the hour mark following a challenge by Antonio Rudiger – the Belgian midfielder in tears as he left the field with a black eye.

There were a few eyebrows raised as the team sheets were released pre-match, Pep Guardiola leaving out holding midfield duo of Fernandinho and Rodri, the Catalan opting for an attack-minded midfield three of Bernardo Silva, Ilkay Gundogan and Phil Foden, with Kevin de Bruyne deployed as a false nine.

Despite City having the majority of the ball, they weren’t able to truly exert the kind of control that we have so often become accustomed to seeing, with N’Golo Kante putting in another gargantuan performance in the middle of the pitch, while Edouard Mendy was rarely tested between the sticks.

Blues boss Thomas Tuchel came into the game having tasted defeat at the same stage last season with Paris Saint-Germain, and the German said this time round ‘felt different’, hailing his side’s determination.

“To share it with everybody is incredible. We made it. Wow. I don’t know what to feel,” he told BT Sport.

“I was so grateful to arrive a second time [in the final]. I felt different. We were somehow… You could feel it getting closer.

“The [players] were determined to win this. We wanted to be a stone in their shoe. We encouraged everybody to step up and step out, to be more brave and create dangerous counter-attacks.

“It was a tough physical game. We had to help each other out.”