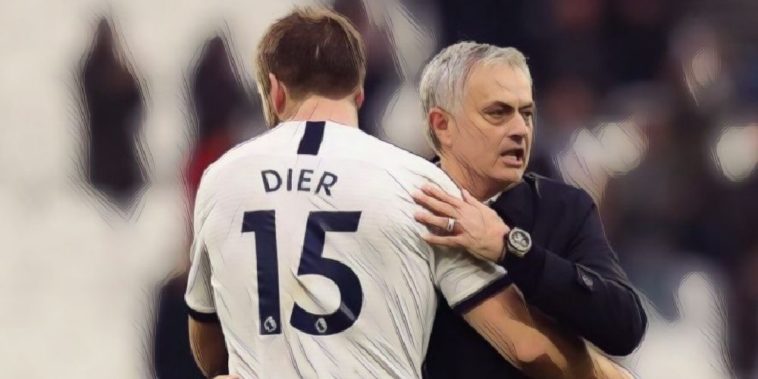 Eric Dier believes Jose Mourinho is ‘the perfect person’ to replace Mauricio Pochettino as Tottenham manager, admitting the club could not be ‘luckier’ following the appointment of the two-time Champions League winner.

Former Manchester United and Chelsea manager Mourinho was this week named as Pochettino’s successor, the Argentine having been sacked following the club’s poor start to the season.

Mourinho’s reign at Spurs began with a 3-2 London derby win at West Ham this weekend, and Dier admits the 56-year-old’s record makes him the perfect candidate to lead the club forward.

“I think he’s the perfect person to have followed on from Pochettino – that’s the feeling I have,” said Dier. “We’re really happy that if someone was to replace Pochettino, it was him.

“His record is unbelievable and he transmits that confidence. The way he speaks, you believe it, you feel it from him. I think for everyone, we’re very lucky to have played under Pochettino and now Mourinho. We couldn’t be luckier.

“I think he said to you guys, like he said to us, that he doesn’t want to come in and change everything two days before a game. I think it’s going to be something gradual that we move towards over time.

“He has his ways, he has his ideas and his mentality, so we’re just trying to adapt to that now.”

Mourinho and Tottenham return to Champions League action tomorrow night when they host Greek side Olympiakos at the Tottenham Hotspur Stadium. The North London side currently sit second in Group B on seven points, and know victory will seal their progress to the knock-out stages.