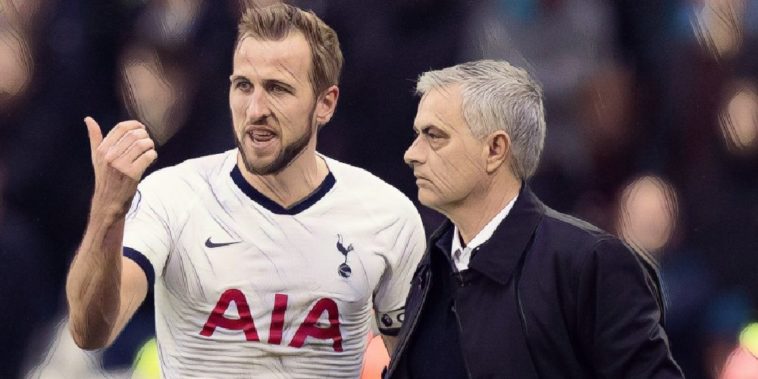 Harry Kane has set his sights on winning silverware with Tottenham following the appointment of ‘proven winner’ Jose Mourinho as the club’s new manager.

Mourinho was this week announced as Mauricio Pochettino’s successor at Tottenham, where he will be looking to become the first manager in history to win a major trophy with three English clubs.

The 56-year-old is regarded as one of the greatest managers of all-time following a lengthy career that has seen him win eight domestic titles and two Champions League trophies, with Kane admitting Mourinho’s arrival has given the club belief that they can end the club’s long wait for a major trophy.

“Realistically, we look at the Champions League and the FA Cup to try to do that. We will see how that goes and, from my point of view, I will keep doing what I’m doing and keep fighting for this club on the pitch.

“The gaffer has won at every club he has gone to, there’s no hiding away from that. He wants to win, he’s a proven winner.”

Tottenham return to European action tomorrow night with a home clash against Olympiakos in the Champions League.

The club current sit second in Group B on seven points, though a win over the Greek side will seal their qualification to the knock-out stages.