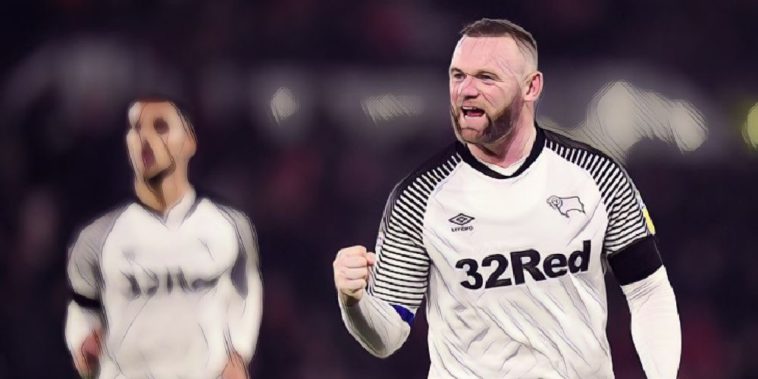 Wayne Rooney has opened up on his struggles with a gambling addiction during his time at Manchester United.

The former England captain has revealed how he struggled with the problem during the early years of his career, admitting he was sucked in by early successes during time away with both club and country before racking up a huge debt.

The 34-year-old has spoken out about his addiction for the first time following criticism of the circumstances of his move to Derby County, the club having handed the forward the number 32 shirt in association with their betting sponsor, 32Red.

Gambling should only ever be entertainment. We are delighted to release our ‘Stay In Control’ series.

Speaking on his problems, Rooney said: “I was a young lad who’d just come into a lot of money,

“For an away game with Manchester United you stay in a hotel – and with England you’re in a hotel for seven to ten days. You get bored and do things to fill the time.

“At that time gambling was one of them. It was easy to place bets by phone. It didn’t feel like real money. It wasn’t like I had to go into a bookies and put bets where there are limits.

“Before you know it you’ve lost a good bit and you don’t realise the amount you’re putting on at the time. I won at the start and thought it was easy money. It sucks you in a bit more and I ended up losing, ended up down.”