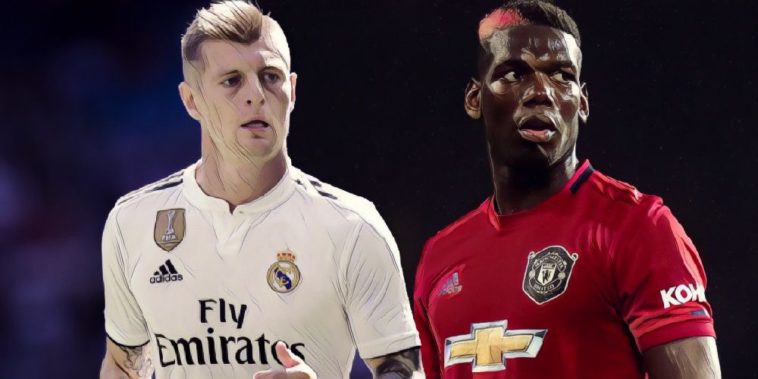 Manchester United are reportedly keen to include Real Madrid’s Toni Kroos is any potential deal to take Paul Pogba to the Bernabeu this month.

Pogba is once again the subject of intense transfer speculation following the opening of the January transfer window and looks set to agitate for a move away from Old Trafford in the coming weeks, the 26-year-old having made no secret of his desire to leave the club in search of a new challenge.

The France international has made just eight appearances in all competitions for Ole Gunnar Solskjaer‘s side this season due to a troublesome ankle injury, and despite publicly insisting the player is not for sale, there is now believed to be a growing acceptance that a parting of ways between club and player could be best for all parties.

Real Madrid have held a long-standing interest in the midfielder with boss Zinedine Zidane keen on securing a deal for his compatriot, the La Liga side keen to overhaul their ageing midfield options as they look to return to the pinnacle of European football.

Manchester United are under no pressure to sell and are likely demand a fee in excess of £100m for a player they signed in a then world-record £89m deal from Juventus in 2016, though according to the Sun, the club will now target a deal for Germany international Kroos in part-exchange.

Kroos was strongly linked with a switch to United back in 2014 before opting to join the Spanish giants, where he has since gone on to win a host of major honours including three consecutive Champions League titles.

The 29-year-old could now be deemed surplus to requirements should a move for Pogba prove successful, and Solskjaer’s side may look to include the former Bayern Munich star as a direct replacement in any potential deal.