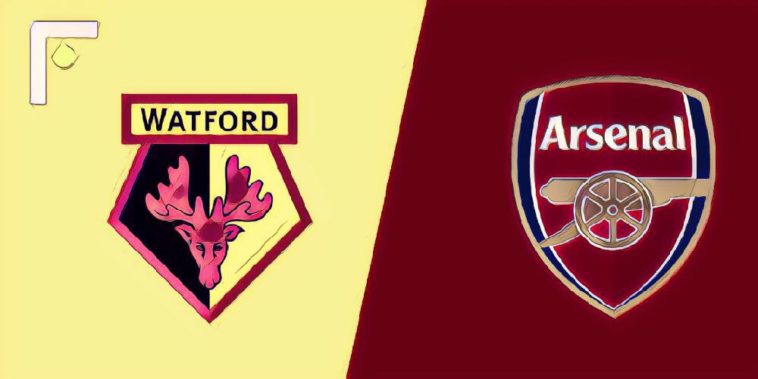 Three defeats in their past five league fixtures for Javi Gracia’s side, though those losses came to Liverpool and both Manchester clubs.

The Hornets are having an impressive season and showed incredible character to come from two-goals down to beat Wolves in last weekend’s FA Cup semi-final, reaching the competitions showpiece for the first time since 1984.

Gerard Deulofeu’s double continued his fine season, with the former Barcelona winger having now scored nine goals in all competitions.

Watford are still well placed to finish as the best outside of the Premier League’s ‘big six’, with just one point separating Leicester, Wolves, Everton and Gracia’s side in the battle to finish seventh.

Defeat to in-form Everton last time out dealt a blow to Arsenal’s top four hopes, with Unai Emery’s side one point behind North London rivals Tottenham in the race to secure Champions League qualification.

The Gunners bounced back with an impressive 2-0 win over Italian side Napoli in the first leg of their Europa League quarter-final tie, though face the return leg just three days after the clash with Watford and may shuffle the pack at Vicarage Road.

Aaron Ramsey, who will leave the club to join Juventus this summer, has been in superb form of late and Arsenal will miss the Welsh midfielder’s influence when he departs at the season’s end.

Laurent Koscielny and Lucas Torreira returned for the win over Napoli, though Granit Xhaka missed out through injury. The Swiss international could return this weekend.

What TV channel is Watford v Arsenal on?