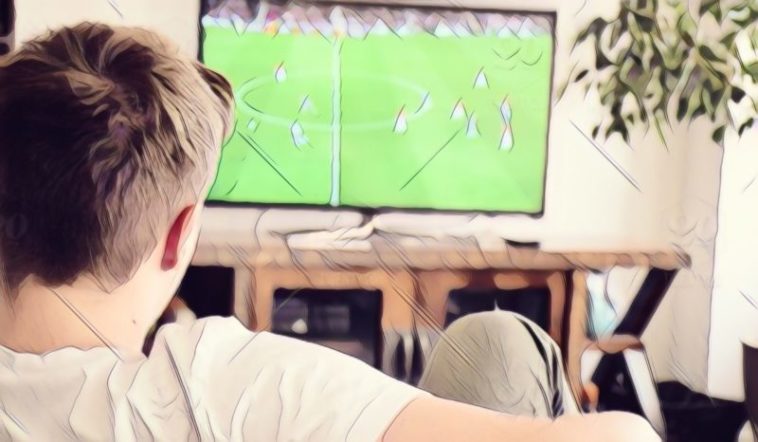 Thought all of the football was over for the summer? Well, you were wrong, pal.

That’s all she wrote, folks. The 2018/19 season, the last full campaign of the decade, is in the books. In what has been a pretty astounding campaign for English teams, Manchester City won a domestic treble, Chelsea won the Europa League, and Liverpool won a sixth Champions League trophy.

Between a closely contested Premier League title race and a rollicking set of knockout games in Europe’s biggest tournament, this season has been one to remember. Sadly, club football is over for another few months. But that doesn’t mean you can’t get your fix in the meantime.

While you may have thought we were in a gap year for major international tournaments, with the Men’s World Cup last year and the European Championship to come in 2020, there is actually a ton of international football on your screen this summer.

There’s already a bunch of underage football well underway, with the Under-20 World Cup over a third of the way through. You can catch that over on FreeSports (available free-to-air on Sky, BT Vision, Freeview, Virgin, FreeSat and TalkTalk) and kick-off times are at 5pm and 7.30pm. The prestigious Toulon Tournament is also on FreeSport and kick-off times are at 2.30pm, 4pm and 6pm.

This Aaron Connolly fella looks like some player ☄️☄️

A goal and this brilliant assist as the Republic of Ireland's under-21s lead China 2-1 in the Toulon tournament ?pic.twitter.com/tngkJGJYFq

Now for the main events. The first ever Uefa Nations League knockout stages are taking place this week, as Switzerland take on Portugal on Wednesday while England face the Netherlands in the semi-finals on Thursday, with both games kicking off at 7.45pm on Sky Sports. The losers of those ties will meet in a third-place playoff on Sunday, 9 June at 2.45pm, while the final will take place the same day at 7.45pm.

The only tournament on proper terrestrial television begins this week as well, as the Women’s World Cup will air on BBC from 7 June. USA are looking to retain their crown but the field looks to be one of the most competitive ever with a bunch of nations having a realistic chance of going the whole way. Kick-off times: 2pm, 5pm, 8pm.

You have a week’s break then until the football restarts again. The Copa America starts on June 14 and is available to watch on Premier Sports, which you can subscribe to on all broadcast providers, but it is also available to stream online for a monthly fee. The most important competition on the American continent goes well into the night, with games kicking off at 8pm, 10pm, 12am and 1.30am.

Running more or less concurrently is the CONCACAF Gold Cup, which will see the likes of the United States, Mexico, Canada, Costa Rica, and Jamaica fight it out for glory. You can watch that on FreeSports at 11.30pm, 12.30am and 3am.

If you want to scout the stars of tomorrow, the Under-21 Euros gets underway on June 16. Germany are the current holders, but England will be hoping to make a mark given how well they have performed at youth championships in recent years. Kick-off times are at 5.30pm and 8pm, and it is available to watch on Sky Sports.

Last but not least, the African Cup of Nations, or AFCON for short, begins on June 21. It is the first time the tournament will take place in the summer, which is obviously great news for managers of club teams who don’t have to send their top African players away for a month in the middle of the season. It will be shown on Eurosport at the quite European friendly times of 3.30pm, 6pm and 8pm.

All kick-off times are GMT.