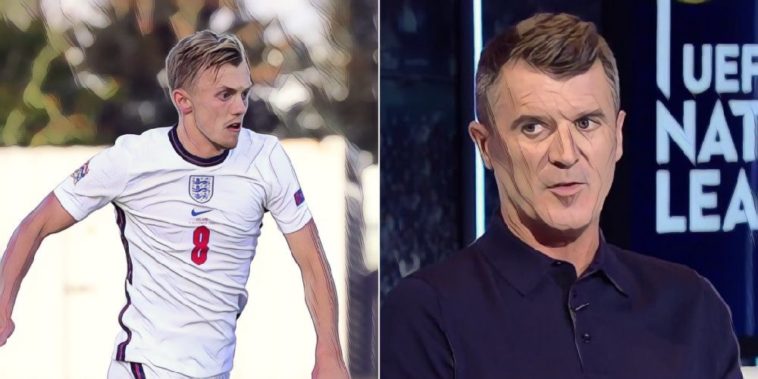 James Ward-Prowse has defended England’s use of the game’s ‘dark arts’ following Roy Keane’s ‘cheating’ criticism of the midfielder against Iceland.

England secured a 1-0 victory against Iceland in the Nations League on Saturday, Raheem Sterling scoring a stoppage-time penalty in an uninspiring clash that burst into life in a frantic final few minutes.

Seconds after Sterling’s opener, Iceland were awarded a penalty of their own after a foul by Joe Gomez, only for Birkir Bjarnason to balloon his effort over the crossbar and save the Liverpool defender’s blushes.

Southampton midfielder Ward-Prowse – making his first-ever start for the national side – was pictured scuffing the penalty spot in the moments before Bjarnason’s missed effort, a scenario that former Manchester United captain Keane described as ‘cheating’.

“It’s cheating. I don’t like to see that,” the Irishman said in his punditry role for ITV.

Ian Wright defended Ward-Prowse’s actions, however, insisting he would be happy to see ‘devilment’ from and England player if it led to major tournament success: “I don’t mind that from an England player, I like that devilment about him. If that happens in a major competition and England get something from it, I’m not going to complain.”

Ward-Prowse has denied that he deliberately attempted to dig up the penalty spot ahead of the kick, insisting he was simply attempting to delay the penalty following a ‘mad few minutes’.

“It wasn’t any digging of the spot, it was more just delaying the penalty,” the midfielder said, as per Sky Sports. “It was a bit of a mad few minutes. We’d just obviously scored what we thought was the winning goal and then we faced the penalty, so it was more a delaying tactic just for everyone to get their heads together and prepare for the penalty. Thankfully it went in our favour.”

The 25-year-old did, however, say that England should use the ‘darker side’ of the game to their advantage moving forward, outlining the importance of being streetwise in a bid to secure results.

“It’s something which we can all take forward, for sure. I think certainly at club level we have developed that ourselves as well and we’ve learned a lot with that, so I think it’s just something that has added to my game. It’s an important factor in the modern game.

“There are certain scenarios in a game and you have to take yourself out of the situation and see what is best at that time. It is something that we at club level have employed. I think we maybe had the reputation of being a bit too nice and we have maybe had to show a bit more aggression and a bit of that darker side in order to help us win games. I think it’s just something that I have learned along the way.”