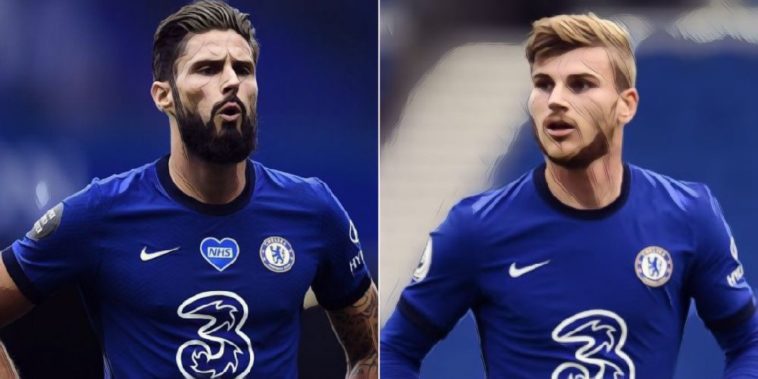 Olivier Giroud insists competition for places will make Chelsea even better as the forward prepares to battle with summer signing Timo Werner for a starting role at Stamford Bridge.

Chelsea have embarked on an impressive and expensive summer of recruitment as the club bid to close the gap on the Premier League’s leading sides, spending more than £200m on the likes of Werner, Hakim Ziyech, Ben Chilwell and club-record signing Kai Havertz.

The summer outlay of the west London side has raised optimism that Chelsea can challenge for the title under Frank Lampard next season, with the addition of Werner – who scored 34 goals in all competitions for RB Leipzig last season – seen as a key investment to the club’s hopes.

The Germany international is expected to spearhead a new-look side next season and his arrival is likely to reduce first-team opportunities for Giroud, despite the veteran’s insistence he remains confident of playing time given the differing profiles of the two attackers.

Timo Werner is settling in well at Chelsea, then 👀pic.twitter.com/onIjOXmd0o

Giroud admits he hasn’t spoken to Chelsea boss Frank Lampard about his role ahead of the current campaign, but believes that increased competition for places is vital to any ‘great club’ as they bid to compete for major silverware on all fronts next season.

“I haven’t spoken to Lampard,” he told Telefoot.

“One thing is certain: the competition will pull us all to the top. A great club should have different options in each position.

“We want to be in the race for the title and I’m here. I finished the season well and I proved to the manager that he can count on me.

“Werner is not the same profile as me, I hope to have some playing time.”

Chelsea kick off their campaign with an away tie against Brighton on September 14, Werner having netted in a friendly against the Seagulls last week in what was the first game since March to have crowd.