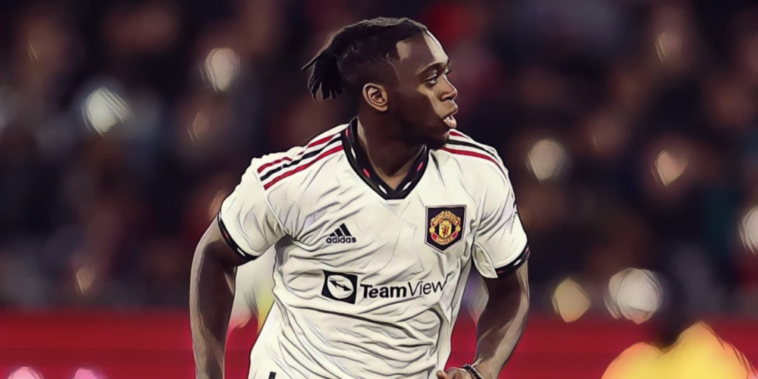 Aaron Wan-Bissaka could still leave Manchester United during the January transfer window despite returning to the side for recent fixtures.

Wan-Bissaka has been linked with an exit from the club after struggling for regular first-team football this season, having featured for just four minutes in the Premier League before the World Cup break.

Diogo Dalot’s injury has handed the right-back a chance in recent weeks however, and Wan-Bissaka has shown signs of improvement as United have restarted the season with three consecutive league wins and clean sheets.

Despite those performances, The Athletic are reporting that a departure has not been ruled out and several clubs are understood to have expressed an interest in the defender.

West Ham, Wolves and former side Crystal Palace are among those who have been credited with an interest in the 25-year-old, who has failed to develop as hoped since a £50m move to Old Trafford in 2019.

United would expect to take a significant loss on that fee should Wan-Bissaka depart on a permanent deal this month. Phil Jones, Axel Tuanzebe and Brandon Williams could also leave after failing to break into Erik ten Hag’s plans this season.