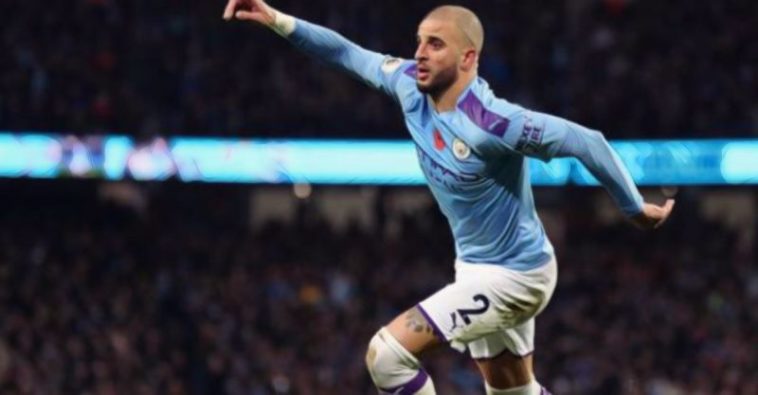 Manchester City defender Kyle Walker admits sticking to the game plan was the deciding factor as the champions came from behind to beat Southampton 2-1 at the Etihad.

James Ward-Prowse’s early opener had threatened to secure Southampton a shock away victory, only for second half goals from Sergio Aguero and Walker to secure a valuable three points for Pep Guardiola’s side.

The win keeps Man City six points behind leaders Liverpool ahead of the huge clash between the title rivals next weekend, and Walker has revealed the club’s ability to stick to their manager’s instructions was vital against a side with an organised defensive set-up.

“We have to stuck to our game plan, stayed patient and it worked as we came away with the three points,” Walker told Sky Sports.

”It’s tough when teams put 11 players behind the ball. We have players who can spin a game on its head and we did that today.

“Every three points is vital. We have the quality – it is about the mental state of the players. We have to keep positive.”

“It’s a great feeling that I can contribute but more importantly it was about the three points. Anyone could have scored, I didn’t care who it was. It was just a case of hit it and hopefully get the ball in the back of the net. I don’t score many.”

City next travel to Anfield to face league leaders Liverpool on Sunday, whilst Southampton remain in the Premier League‘s bottom three ahead of their home clash with Everton next weekend.