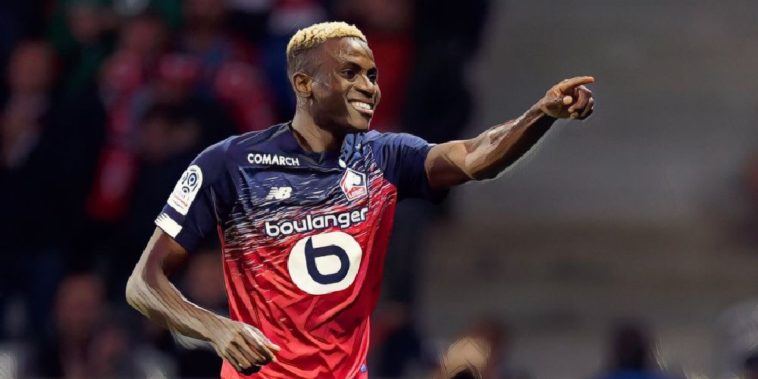 The Nigerian international has enjoyed a brilliant season with the French side since signing from Charleroi last summer, scoring 18 goals in all competitions to attract interest from across Europe.

Arsenal and Tottenham are two of the clubs to have been linked with a move for the 21-year-old forward, and Lopez has confirmed there has been significant interest in the club’s latest star talent.

“There are multiple offers,” Lopez told the Mail. ‘We turned down one English and one Spanish offer this January transfer window.

“There is a wide array [this summer] and I wouldn’t want to give the names of the clubs who are bidding but what I can tell you is that there are multiple [offers]. There are three championships that have clubs that have bid for him.”

Lopez – who sanctioned the £72m sale of Nicolas Pepe to Arsenal last summer – says interest in Osimhen is just as high as with the Ivory Coast winger last summer, suggesting the club have received several significant offers.

“I am not being a sales guy because last year people didn’t believe that we had the offers we had with [Nicolas] Pepe and it turns out we had multiple of them.

“Let me tell you with Osimhen, it is the same thing, whatever number you heard, the high number I have read is very much on the money of the offers that we have received. That’s where we are.”