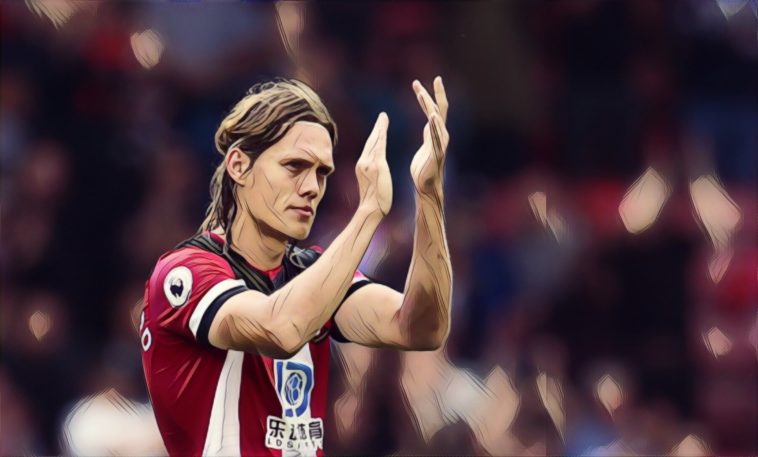 Jannick Vestergaard says Southampton ‘deserved’ a point after his equaliser secured a 1-1 draw with Manchester United at St Mary’s.

The Danish defender headed home from Kevin Danso’s cross in the second half, bringing Southampton level after Daniel James’ third goal in four games had opened the scoring for the visitors.

The Saints grew into the contest as the game wore on, with Vestergaard’s towering header earning what he believed to be a deserved point.

Speaking to BBC Sport the 27-year-old said: “I think their goal knocked us a bit and gave them a bit of confidence. You can’t play 90 minutes like we did the first 10 so it’s only natural that we stepped up a gear.

“It was important that we kept the game close and we got our chance.”

On his first goal for Southampton, he added: “I was quite confident when I saw the cross and thought, ‘This is mine’ and hopefully it’s the first of many.

Southampton were forced to play the final 17 minutes of the contest with 10-men after Kevin Danso was dismissed for a second bookable offence, with Vestergaard admitting his side were pleased after a battling display.

(The sending off) “made it a little bit harder but we stuck with it, fought very hard as a team and overcame pressure that came after the sending off so we’re very happy with the point,” he said.

“I thought we deserved something out of the game. We knew they would have more quality in all positions, so we had to defend well as a unit, and we did very well. We stuck with it and fought very hard.”

Seriously though, who has the best shot at Europa glory this year?