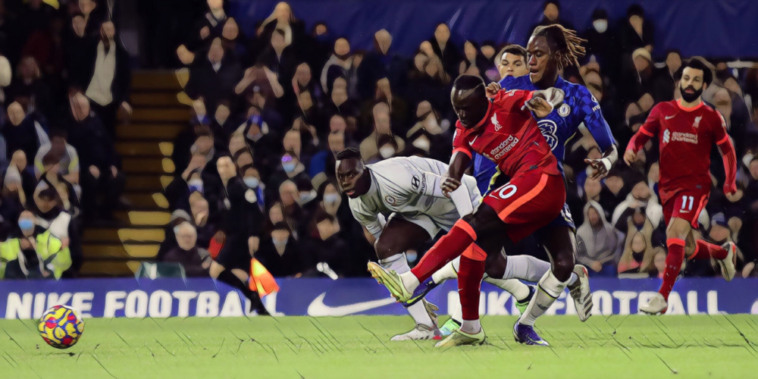 Virgil van Dijk admits it is Manchester City’s title to lose after challengers Liverpool and Chelsea shared the spoils in a pulsating 2-2 draw at Stamford Bridge.

Liverpool missed the chance to close the gap on the league leaders after an enthralling draw at fellow hopefuls Chelsea, the Reds squandering a two-goal lead inside the first half of an entertaining clash.

Chelsea bounced back impressively, however, and were level before the break. Mateo Kovacic scored a stunning first for Thomas Tuchel’s side on the volley, before Christian Pulisic scored in first-half stoppage time to cap a remarkable opening period.

Salah and Mane forced a fine second-half saves from Mendy as Liverpool pushed for a winner, whilst the Reds had Caoimhin Kelleher to thank at the opposite end after the 23-year-old goalkeeper made a number of impressive interventions in Alisson’s absence.

Van Dijk admitted the clash proved one for the neutrals, but says Liverpool were disappointed to leave the capital without a win after squandering their early lead.

“If you are 2-0 up you don’t want to concede that close to half time, give them the momentum to get back into the game, it happened – a fantastic strike, you have to give him credit,” he told Sky Sports. “That gives them momentum and they score the second.

Liverpool failed to make a successful tackle against Mateo Kovačić and N'Golo Kanté at Stamford Bridge:

They could not get near them. 🩰 pic.twitter.com/JdiHWZuIVH

“We tried not to panic and created fantastic moments even though we were under pressure.

“For the outside world it was quite a good game to watch, but we came here for three points and didn’t get them. They have an amazing team, so have we. I have a feeling we were under pressure at times but defended well as a team, didn’t give big chances away. I always had a feeling we could score for 3-2 but it didn’t happen.”

The Dutchman reserved praise for Kelleher, who was amongst the Reds’ better performers in the absence of regular number one Alisson.

The Irishman made a series of saves to frustrate Chelsea and Van Dijk was full of praise for the shot-stopper’s performance.

“I am a big fan of him, he is a fantastic goalkeeper,” said the Dutchman. “He is learning from the best in my opinion in Alisson, his presence is good, he is confident on the ball – we need him right now with the Covid cases, unfortunately, we conceded two.”

Van Dijk also discussed where the draw leaves Liverpool in the title race, with the Reds having fallen 11 points behind Manchester City after a run of three Premier League games without a win.

The 30-year-old admits the deficit is a ‘big gap’ to close on the defending champions, but insists that ‘anything is possible’ with the Reds possessing a game in hand and plenty of the season remaining.

“Never difficult to believe, [but] it is a big gap [to Man City],” he said. “They have the title maybe to lose at the moment but anything can happen still. We have been there and gave it away, so anything is possible. We focus on ourselves, we just have to get results, play good football and win games.”

The Reds next face Arsenal in the first leg of their Carabao Cup semi-final on Thursday evening, before an FA Cup third round meeting with Shrewsbury Town next weekend.