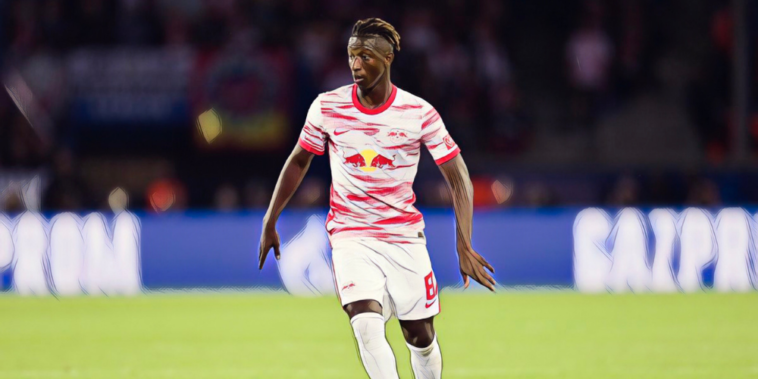 While having an undefeated start to his managerial tenure at Manchester United, Ralf Ragnick has a formidable task ahead at Old Trafford. The German has to mould a talented yet somewhat unbalanced squad into a cohesive unit that can execute his intense, vertical, high-pressing style of play in a relatively short space of time.

Among the most difficult areas of the team Ragnick has already encountered problems with is his midfield pivot. In Ragnick’s 4-2-2-2, he’s had to use a combination of Fred, Scott McTominay, and Nemanja Matic as his midfield base, none of whom are ideal fits for the role.

Against Burnley, the midfield pairing of Matic and McTominay worked well, with the former acting as a deep-lying progressor of the ball and the latter having the dynamism and energy to push up and support attacks. At 33-years of age, though, Matic cannot be relied upon to be United’s main midfield anchor, while his lack of mobility could also pose issues against teams who offer more of an attacking threat.

This leaves Fred and McTominay as the default pivot, a midfield duo whose strengths and weaknesses became apparent during the Ole Gunnar Solskjaer reign. While they both bring tenacity, aggression, and energy to the midfield, neither are reliable distributors of the ball and, as such, they prevent Manchester United from truly controlling games.

Given the weaknesses in United’s existing midfield pairings, their reported interest in RB Leipzig’s Amadou Haidara makes sense. The 23-year-old midfielder credits Ragnick with pushing for his transfer from RB Salzburg to Leipzig, and crucially, he is the sort of all-rounded central midfielder who has thrived in the same tactical system Ragnick is attempting to implement at Man United.

During his three seasons at RB Leipzig, Haidara has developed into an incredibly well-rounded midfielder who can adapt well to the specific role he is given. When he first arrived at Leipzig, he impressed as an energetic ball-winning midfielder who could support their frantic press from midfield, retrieve possession, and progress it effectively.

His ball-carrying was initially the foremost way he could break opposition lines and move the ball forwards, but as time has gone on his passing has become increasingly incisive as well. This season, he’s now developed a goal-scoring dimension to his game, scoring an impressive 0.21 non-penalty goals per 90. Given these range of abilities, Haidara’s role has to be viewed in the context of the players and system around him.

If he were to move to Manchester United, he would play with Fred or McTominay in most matches in Ragnick’s 4-2-2-2. Given the caliber of offensive talent ahead of him, Haidara’s goal-scoring would likely drop-off significantly as he would be given a more defensive remit.

In possession, his technical quality and desire to move possession forward will be extremely useful. Almost a third of the distance Haidara’s passes travel more toward the opposition goal, significantly more than both Fred and McTominay. The Malian also makes more progressive passes and passes into the penalty area than both the Brazilian and the Scotsman. Clearly, he would add much needed ball progression to the Manchester United midfield.

His defensive metrics this season are, while reasonably solid, not especially impressive. Haidara will also not bring the same type of calming presence that someone like Matic can. He’s less of a midfield anchor who can wrestle control of a midfield and more someone who can perform a similar box-to-box role to Fred and McTominay but at a higher level.

At 23, he is still young enough to develop various aspects to his game and under Ragnick, he’ll be under the perfect guidance to do it.

Midfielders of Haidara’s profile are always in high demand, and with a release clause of £33 million makes him an affordable and sensible option for Manchester United. Amadou Haidara could bring much needed quality to Ralf Ragnick’s midfield options and aid their efforts to salvage Champions League football from their underwhelming first half of the campaign.