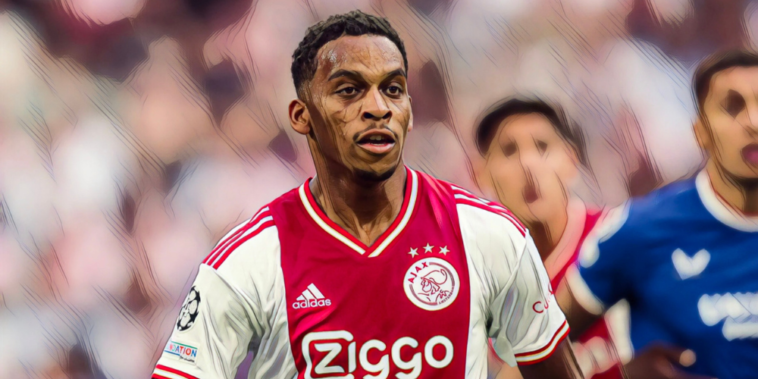 Virgil van Dijk has claimed that Manchester United target Jurrien Timber is a superior player than he was at the same age.

Timber was linked with a move to Manchester United during the summer with Erik ten Hag keen to reunite with the Ajax defender in the Premier League.

United made an approach for Timber, but Ajax’s stance to keep hold of one of their brightest prospects and the defender’s desire for continuity leading up to the World Cup saw a move fail to materialise.

The 21-year-old has shone since coming through Ajax’s academy system and was named as the club’s Talent of the Year after an impressive 2021/22 campaign in the Eredivisie.

The centre-back has won ten senior caps for the Netherlands since his international debut in 2021 and Van Dijk – who captains the Dutch side – has been impressed with Timber’s development.

The Liverpool defender was full of praise for Timber and believes the youngster is a much better player than he was at the same age.

“I wasn’t nearly as far along as he is now [at the same age],” Van Dijk said, as per the Manchester Evening News. “I have nothing but praise for him. He is a great player and a true professional.

“He has so much potential. Hopefully he can develop further. Then it will be all right, I think.”