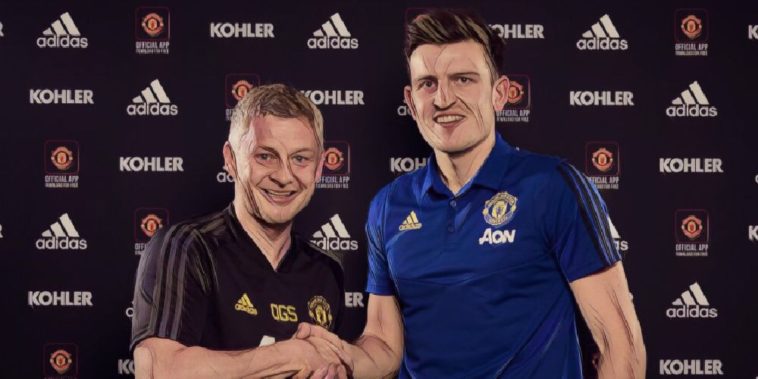 Virgil van Dijk has wished Harry Maguire well at Manchester United after the Englishman became the most expensive defender in football history.

Van Dijk’s £75 million move from to Anfield from Southampton back in January 2018 shattered the previous world record transfer fee for a defender, although his performances since moving to Liverpool have more than justified the Reds’ outlay.

However, having seen Manchester United spend £80 million on Harry Maguire, Van Dijk has warned the England international that the price tag will bring added pressure to his game.

“I wish him well,” van Dijk said, according to the Guardian. “Good luck to him. I can’t say anything about the fee because there was always going to be a time when it was going to change.

“That’s the market. He doesn’t have any influence on that – the price comes with pressure but it doesn’t change too much because you always have pressure at big clubs like Man United.

“Every club is doing their business in the market and every club has their own strategy. He doesn’t have any influence on that at all.”

However, Van Dijk did offer some advice on how to cope with such pressure, by simply trying to forget about the transfer fee altogether and to just focus on playing his best football.

“Just focus on doing what you love to do and play your best game,” the Dutchman advised.

“Get your qualities out of the pitch, enjoy your game and don’t think about the other things.

“It is not easy to completely shut off all the pressure. Personally, I like to put things in perspective.

“Quite a lot of things are more important than playing football and what we do, we are blessed. We can do what we love to do and also to play for Liverpool – they are such a big club.

“You need to enjoy it but the pressure will always be there.”