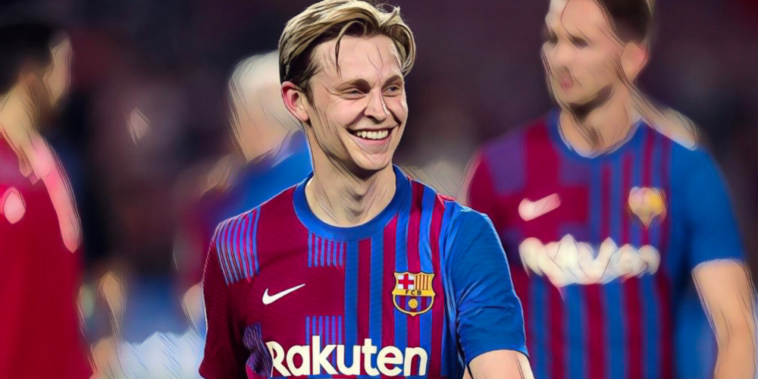 Manchester United have reached a ‘broad agreement’ with Barcelona over a deal to sign midfielder Frenkie de Jong.

The two teams have been in negotiations for several weeks over a deal for the Netherlands international, who featured under Erik ten Hag at Ajax and was part of the squad that won a domestic double in 2018/19.

Sky Sports are reporting that a “broad agreement” has been reached on a fee for De Jong, with the figure understood to be €65m (£56m) plus performance-related add-ons.

Negotiations are continuing over the finer details of the deal but an agreement is expected to be reached, whilst the Red Devils are not anticipating problems regarding personal terms with the player.

De Jong could become the first signing of Ten Hag’s reign at Old Trafford with the Dutchman having identified his compatriot as the player to overhaul his midfield.

The 25-year-old has made 140 appearances for Barcelona since joining from Ajax in a €75m deal in 2019, having impressed as the Dutch side reached the Champions League semi-finals under Ten Hag the previous season.

He has earned 44 caps for the Netherlands since his debut in 2018 and will form part of Louis van Gaal’s squad for the 2022 World Cup in Qatar.