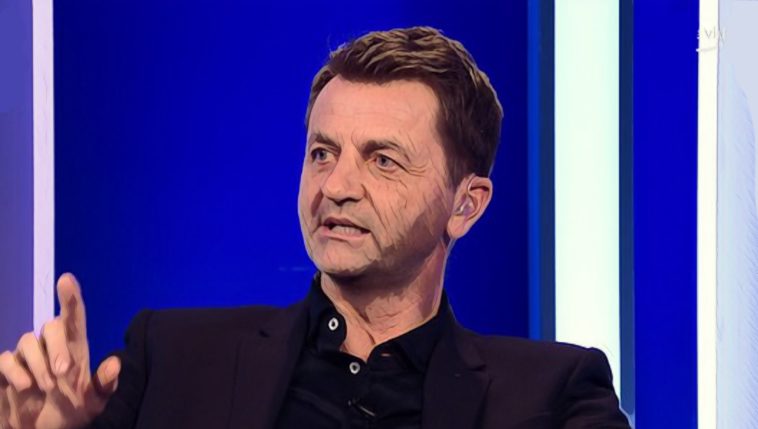 If we could replace Boris Johnson with Jeff Stelling and Chris Kamara for the Covid-19 announcements, that would be great.

“There’s been a fourth tier, but for who, Chris Kamara?” pic.twitter.com/cuAiTW48CR

Spurs went from 1st to 4th quicker than London 😭😭

Why Kane and Son are a striking partnership for the ages

Their misery gave us this iconic Tim Sherwood moment.

It’s not the first time he’s made a bad prediction.

“Yeah, nah, y’know, I’m not worried about this thing sinking. I mean, it could come back to bite me, but this is one of the finest ocean liners ever constructed by the White Star Line. Icebergs would just bounce off it. I’m not worried at all.” pic.twitter.com/lplbGYjy8y

Big Sam is back, baby!

Arsenal might be wishing they had moved for Allardyce first.

Tier 10 is when you’re locked in a room and forced to support Arsenal.

They’re already getting used to hoofing the ball away, at least.

I think we can all agree that the last thing Twitter needs is more Arsenal fans https://t.co/SQj6CUa4o3

Imagine where Man City would be without Kevin De Bruyne?

Pep Guardiola continues to provide value for money on the touchline.

Me at last orders. pic.twitter.com/bejOxc2bsr

I see Newcastle United are still terrible to watch.

Heroic backs-to-the-wall stuff by 11-man Newcastle to cling on against Fulham.

Please can I be put in whichever tier means I don't have to watch Steve Bruce's Newcastle United again.

Five of the biggest feuds between teammates in football

A great week for Jack Grealish on the pitch, not so much off of it.

#BANNED | An international footballer who crashed into parked vehicles and mounted a pavement has been banned from driving today.

Jack Grealish had disobeyed lockdown rules to meet friends at the time.

This was a masterful piece of deception to be fair, though.

Grealish got someone to drive his motor up to the court to distract the press as he walks in the other way, almost the perfect bit of shithousery pic.twitter.com/pYsxE6B8u2

Can we be sure it’s really water and not something… stronger?

Why do goalkeepers always take a giant swig from a water bottle after making mistakes?

This is a true fact.

God only knows where those bibs have been.

If you’ve ever worn one of those unwashed bibs at football training you don’t have to worry about what’s in the vaccine.

Moses Odubajo regretted the second he looked at his mentions after the match.

@swfc Get this muppet sacked toneyt @Moses_28 Celebrating with the other team after conceding pic.twitter.com/912NF6gpol

See Also: Five of the Premier League’s most misunderstood players