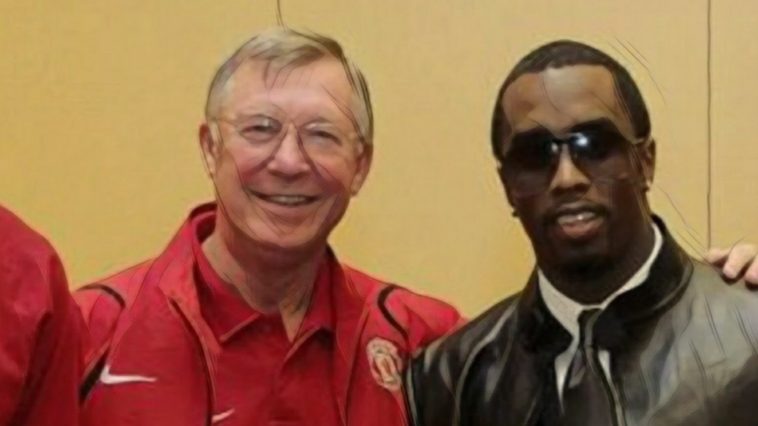 The best and funniest tweets from the world of football this week, featuring a new coronavirus protocol, Kyle Walker breaking the rules again, the extremely watchable Jack Grealish, the best way to write a shopping list, and the time Alex Ferguson met hip hop royalty.

The UK Government announced drastic new measures to curb the spread of the coronavirus.

Tier 5 you are locked in a room with Steve McManaman

Kyle Walker when he hears that’s there is a global pandemic and he was not meant to be having a party pic.twitter.com/PTJfJsKzHH

Me, this evening, whenever a taxi rolls up to a neighbour’s drive: pic.twitter.com/MajJfoZPFT

In other news, Brexit (remember that?) finally happened.

OFFICIAL: The EU has released the UK on a free transfer.

This would surely just be the most sensible approach.

Burnley against Fulham has been called off. Surely they can just put that one down as a goalless draw and move on.

What everyday task should we get Jack Grealish to do next?

Eric Bailly is just as watchable as Grealish, but in a totally different way.

Eric Bailly is both the friend who buys the shots and the one who can't handle them.

The universe is in flux.

A Bielsa team benefiting from an own goal vs a Big Sam side is an attack on the fabric of the nation. The National Trust must condemn.

Bukayo Saka is the first player born after Sam Allardyce first managed in the Premier League to score against a Sam Allardyce team.

This is just an old photo of Fabio Cannavaro, surely.

My son put the hands on his new Lego dinosaur the wrong way up and now it looks like an frustrated Serie A defender after the referee blows up for a soft penalty against him pic.twitter.com/rkd1uD4fAV

I refuse to “nip to the shop” unless she writes it out in 2 selected formations. Interesting choice today. Midfield battle is one to keep an eye on. pic.twitter.com/kiYmd9uU32

Just a couple of OGs hanging out.

I always Kept The Boss up to speed with the R&B/Hip Hop scene… I know he always appreciated that!! 😆

I'm in a toxic relationship with @OfficialFPL

A GIF for the ages.

One of our alternative #PLonPrime highlights of 2020.

James Tarkowski is something else 😂 pic.twitter.com/XRb4YRGXH9

Set be announced on next few minutes 😏

Burnley’s Jay Rodriguez saw it off with a nice poetic thread.

January: Entering the year full of hope isn’t such a hard task… pic.twitter.com/VeLevfmUFQ

With any luck 2021 will be an improvement.