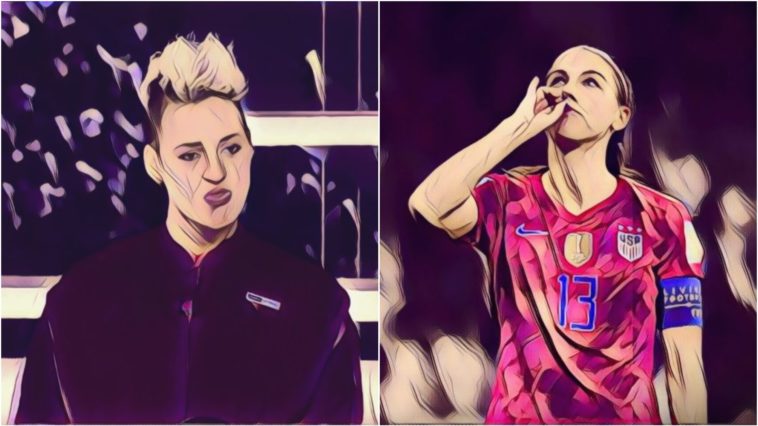 Alex Morgan ruffled some fragile English hearts with her tea-sipping celebration, Newcastle United are spiralling, and one Arsenal fan finds an ingenious way to help the club buy new players.

The week started off with a good old non-controversy controversy in the English media following England’s 2-1 defeat to the “arrogant” Americans in the Fifa Women’s World Cup. Alex Morgan had the temerity to celebrate(!) her goal by pretending to sip on a cup of tea. Or mimicking a teenager taking his first drag of a joint, whichever it was, they’re hard to tell apart.

What is it about England and major tournaments that they have to stir up some kind of shit in-between matchdays? There is no narrative left unturned by the press, no matter how irrelevant it is to the game itself. Can’t wait for the men’s Euros in 2020!

A goal celebration three centuries in the making.

Sipping on tea for goal celebrations is just too far.

‘We love our tea in England’ pic.twitter.com/tRGT4Cjywe

You can’t help but feel sorry for the Lionesses.

I can help it, actually.

This is how you back your team when they need you:

The only true Arsenal fan left at the club. pic.twitter.com/yiiaR968lG

There is a silver lining for Arsenal fans, though.

Could be worse though. They could be Newcastle fans.

You can take the man out of Italy…

*Plays in Italy once* pic.twitter.com/SRJwxBDGiE

Football is at its most joyous when you’re about three foot tall.

Never mind the golazo, look out for the bald fella celebrating the goal here:

How to celebrate a worldie ⚽️ 🚀 against Brazil ⬇️

See Also: Some of the very best new kits to look forward to for next season