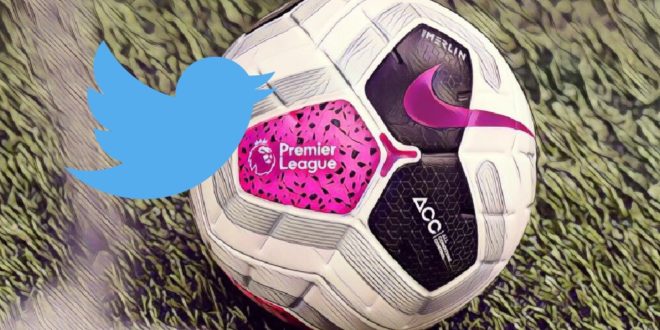 The best and funniest tweets from the world of football this week, featuring Kaka’s playing six-a-side football in England’s capital, Liverpool’s baby boom nine months on from that comeback, and the Newcastle fan with the helicopter celebration.

As if a former Balon d’Or winner is playing astro in London – and some rando told him to cutback!

Kaka is playing 6 a side in the ends, hoxton!!!! pic.twitter.com/HFZpTqkpzs

Kaka was ruined by one of the opposition players, though. Throw his medals in the bin.

@hackneywickfc left back and one of our longest serving players @jamboyfresh nutmegs the legend @kaka in Hackney 💥All my guys are ballers pic.twitter.com/ks7EB6z5Fz

(The whole thing was, of course, organised by his kit sponsor).

Jordan Henderson has a baby, Mo Salah’s partner is expecting – I wonder how many more Liverpool babies are on the way this week?

The FA need to hand out a lifetime ban – sorry, rules are rules.

This is what it’s all about 💙 pic.twitter.com/WlUbZY4yc1

There are no words to describe this:

It was inspired by Allan Saint-Maximin’s golazo in the FA Cup against Oxford United to be fair, it’s natural he got a bit excited.

Me after seeing the helicopter celebration 🚁 🚁🚁 pic.twitter.com/PU1PYRJuL4

ASM saw the funny side of it at least.

Erling Haaland is enjoying a superb start to his Borussia Dortmund career, although there’s one thing about it he doesn’t enjoy.

When you no longer play for a team sponsored by a delicious and refreshing beverage. pic.twitter.com/UW0E9b6EoH

This Lionel Messi thread will blow your mind:

Thread: An absurd stat about Lionel Messi. In the 11 full seasons from 08/09 to 18/19, he scored 561 goals in 577 games for Barcelona, good enough for 0.97 goals/game over 11 seasons. That, quite obviously is good. But how can we make this even more ridiculous than it already is?

Do NOT come for the Bayer admin or else they will come for you.

No it’s what happens when we are too fast and score from an offside position https://t.co/V0kD6ch7o0

Read: Andrei Kanchelskis – The Soviet secret weapon who took everyone by surprise

See Also: The best League of Ireland kits we’ll see in the 2020 campaign