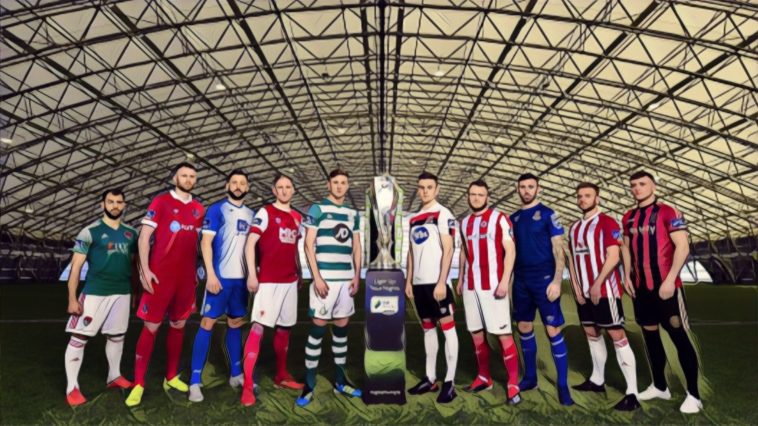 With the new League of Ireland season just around the corner, it’s time to get a look at some of the best kits the two divisions have to offer.

Strong seaside vibes from Bray Wanderers’ new away kit. Umbro have trotted out some lazy designs this season, but this might be the best in the whole league. It has some strong contenders, though.

You only get to celebrate your 125th birthday once and Shelbourne are doing so in style. This specially commissioned anniversary top is what you call a proper throwback, with the collar, old style crest and clean design reminiscent of a bygone era in the game. Their away jersey is spectacular.

Get the new #Shels @UmbroIreland Away Kit this Saturday with the Club Shop open from 11am to 2pm!

The home kit, which kind of reminds us of a Munster Rugby jersey, is pretty damn good, too.

#Shels Club Shop is closed this weekend, however our @UmbroIreland online store is fully stocked including our new 2020 Home Kit and some sale items too. #WeAreShels 🔴⚪️

Shels aren’t the only club celebrating an anniversary in 2020, as their cross-town rivals and soon-to-be neighbours Bohemians enter their 130th year as a football club.

The most exciting development at the club in the off-season has been the return of Des Kelly Interiors, who have an association with the north Dublin outfit going back years, as the main shirt sponsor.

🖤We also unveil our 2020 O'Neills home jersey, which is now available to pre-order online: https://t.co/yYzjr2JSbS pic.twitter.com/LdP6TRXs5T

The jersey itself is top notch, the gold details settling in with the red and black seamlessly.

Umbro have just about got the Drogheda away kit right. Any more detail and it would be overkill, but the gold trim is a lovely touch. By rights this should be one of the best selling jerseys across the league. I guess red, black and gold is in this year.

Their new home kit is just a boring Umbro template, but the away kit is splendid, although maybe that’s just because I’m a sucker for purple. Reminiscent of a mental purple Rovers kit previously manufactured by Matchwinner years ago.

⏮ A nod back to the first season played at Tallaght Stadium.

Cork City have togged out in some of the most iconic kits in League of Ireland history. This year’s one won’t be considered in the same class, but this is still a nice effort from Adidas.

Also available online at https://t.co/JNHEKMIS63 (orders made from today not shipped until after Xmas) #ACityRising pic.twitter.com/WNg3xIQgfT

A welcome return to the stripes for Sligo Rovers this season. Nothing spectacular, but it’s refreshingly crisp and uncomplicated, unlike Joma’s other effort with Finn Harps.

Positive reaction in the Vatican to the new Sligo Rovers jersey. pic.twitter.com/05RRphj9pS

Podcast: The inaugural episode of the 90’s Football Hall of Fame