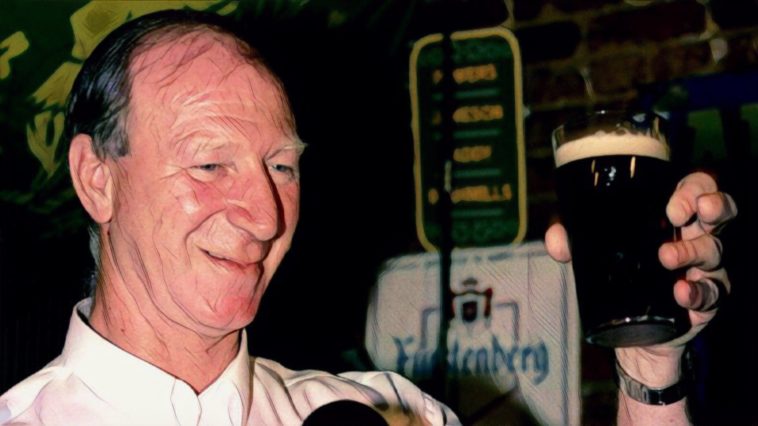 The best tweets from the world of football this week, featuring the late Jack Charlton, a ‘fight’ between Spurs players, Mason Greenwood’s shooting ability, and the one thing at which Jordan Pickford is a world beater.

A legend of Irish and English football sadly passed away this week and the tributes flooded in.

Beyond sad to have to say goodbye to my beloved Grandad, Jack Charlton. He enriched so many lives through football, friendship and family. He was a kind, funny and thoroughly genuine man and our family will miss him enormously. pic.twitter.com/MR4i5WgAMP

Saddened to hear that Jack Charlton has passed away. World Cup winner with England, manager of probably the best ever Ireland side and a wonderfully infectious personality to boot. RIP Jack.

Some day I’ll tell Blake about the nice old gent who calmed him down when he had a meltdown in the supermarket. Sad to hear about Jack Charlton’s passing, RIP Jack. pic.twitter.com/zzg9PdzjGh

Big Jack had many devout followers.

the leader and guide of a spiritual and religious movement, pictured here beside the pope pic.twitter.com/hfs7h8XKw6

Although not everyone knew him as well as they should have.

CNN's description of Jack Charlton's achievements is some shambles ?? pic.twitter.com/uEuUsvvzjD

Some of the football has been quite boring lately, so it was good of Hugo lloris and Heung-min Son to give us some half-time entertainment this week.

Hugo Lloris & Son clashing with each other at half-time ? pic.twitter.com/jjVeKy36AR

I knew I had seen that shot profile before…

No goalkeeper dives for balls going miles wide with such eagerness as Jordan Pickford. Quite impressive.

Unbelievable save by Pickford ? pic.twitter.com/FI9hODPGDz

This is child abuse.

This video of a footballer nutmegging an entire squad, even when they know it is coming, is utter joy. pic.twitter.com/sZxMAKqzWy

Am I texting Steven gerrard pic.twitter.com/QuFVjLvmN6

See Also: Five of the best football comedy sketches ever