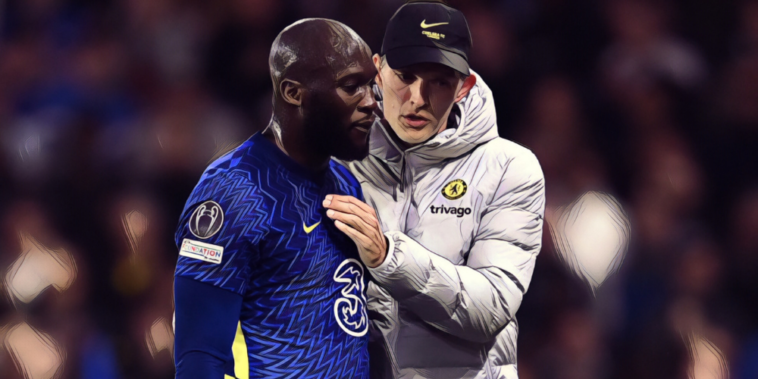 Thomas Tuchel says he is ‘not worried’ about Chelsea’s striker shortage after confirming the absences of Romelu Lukaku and Timo Werner this weekend.

Lukaku and Werner will both miss this weekend’s clash with Norwich at Stamford Bridge after limping off during the midweek Champions League win over Malmo, the absence of the duo leaving Chelsea short of centre-forward cover.

Both players are expected to miss multiple games with ankle and hamstring injuries respectively, with some reports suggesting Lukaku could be out for a month, though Tuchel has remained positive when asked about the condition of both players at his pre-match press conference.

“To make the question a longer one, how is Christian Pulisic too?” Tuchel responded. “They are all out tomorrow and probably the Southampton game and then we will see.

“What I can tell you for sure is they are both in treatment. I’m positive and not worried, but they’re out of the next two games for sure.”

The lack of strikers at Tuchel’s disposal comes after the club allowed Tammy Abraham, Olivier Giroud and Michy Batshuayi to depart Stamford Bridge in the summer.

However, the German insisted that he had no regrets over Chelsea’s transfer business given their bloated squad, admitting his side have simply been dealt a dose of ‘bad luck’.

“No, football does not work like this,” he said. “You cannot keep a squad of 40 players.

“Do you think Tammy, Oli and Michy would be in perfect shape now? It’s a lot of bad luck that we have two injured players in the same position.”

Tuchel suggested that Kai Havertz is set to deputise for Lukaku at centre-forward, with the Germany international having previously featured in a false nine role for the west Londoners.

“Without Romelu [Lukaku], we can play with Kai as a number nine,” he said. “For me, it’s not so much of a false nine. Kai is also very strong in the last line and behind the last line, arriving in the box. When he plays as a number nine we want this from him, and he did that against Malmo.

“The game will be a bit different without Romelu, but we want the same power, the same amount of people in the same spaces when we finish our attacks.”