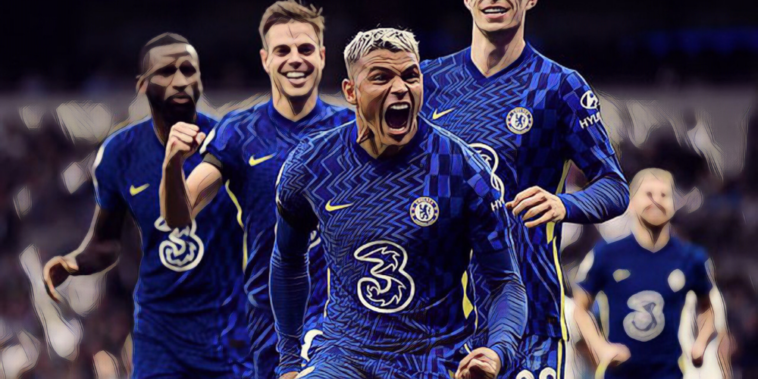 Thomas Tuchel has lauded Thiago Silva as a ‘fantastic professional’ following the veteran’s fine performances for Chelsea in recent weeks.

Silva was named as man of the match as Chelsea secured an impressive 3-0 win at Tottenham on Sunday, producing an assured defensive display and opening the scoring with a towering second-half header.

The Brazil international is set to turn 37 tomorrow, but continues to have a huge influence on a Chelsea side that kept 15 clean sheets since Tuchel’s appointment as head coach in January.

Tuchel – who worked alongside the veteran at Paris Saint-Germain – believes Silva can continue to perform at the highest level for some time to come.

“From the first day I met him in Paris and of course I am happy to have him here in the squad, he is a fantastic professional and was an outstanding captain,” Tuchel told his pre-match press conference ahead of Chelsea’s Carabao Cup third round clash with Aston Villa on Wednesday.

“What a fantastic person and the approach from him to recovery, to live this life as a professional player is outstanding. What he eats, when he eats, how he recovers, how he trains. When he is on the pitch he trains full on. There is no training session where he is trying to hold back, he is one of the most intensive guys in training, physically.

“He gets better and better with his experience and to step out of what he knew and of his status in Paris, to step out of this and enter into the hardest competition in Europe at this age shows what a competitor he is.

“I don’t look at age, we just look at performances and from there we don’t care if you are super young or if you are a bit older like Thiago. This does not matter. He is in a very good moment since a long time and hopefully he can preserve this momentum and his performances because it was well-deserved he was man of the match.”