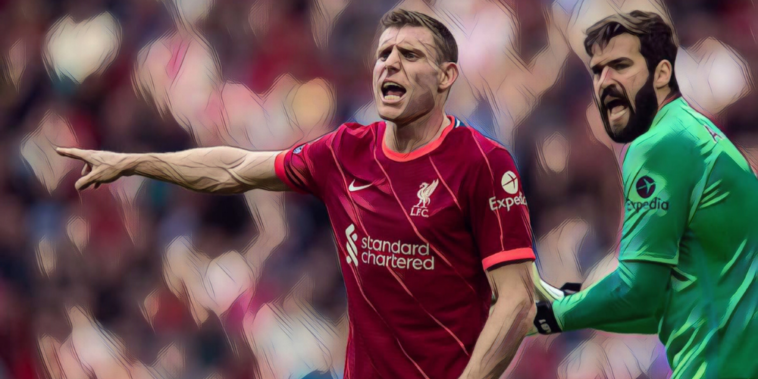 Chelsea sent an ominous warning over their title credentials with a second-half showing to beat Tottenham in emphatic fashion, though the league leaders have both Liverpool and Manchester United firmly in the mix alongside side them after wins this weekend.

Watford and Brentford secured vital victories against Norwich and Wolves respectively, whilst Arsenal produced an unfamiliar battling performance as the Gunners look to revive their fortunes under Mikel Arteta.

Arsenal headed into the international break in disarray following the club’s worst-ever start to a season, but back-to-back wins have lifted some of the gloom surrounding the Emirates.

Whilst there will no doubt be sterner tests than the ones provided by Norwich and Burnley, this weekend’s win over the latter possessed plenty of positives for Mikel Arteta to take away from Turf Moor.

Amongst the most pleasing performances was that of Gabriel at centre-back, who produced a commanding display alongside Ben White as their partnership begins to take shape.

The Brazilian led his teammates for blocks, clearances and tackles, with the added insurance of Thomas Partey ahead of the defensive duo strengthening what has often been a weak spine for Arsenal.

Aaron Ramsdale’s performance in goal also deserves a mention and whilst few will be getting carried away with the Gunners’ win, successive clean sheets and victories have increased optimism.

David Moyes has done an awful lot right during his time as West Ham manager, but his decision to send on Mark Noble in stoppage time to take a crucial penalty kick was not one of his finest moments.

Yes, Noble has been a spot-kick specialist for the Hammers and yes, hindsight is a wonderful thing, but introducing a player with the sole purpose of converting a penalty severely increases what is already a pressure moment.

Paris Saint-Germain’s decision to allow Thiago Silva to leave last summer has proven a huge gain for Chelsea, the centre-back continuing to roll back the years at Stamford Bridge.

Silva was outstanding as the league leaders won 3-0 at Tottenham following a dominant second-half showing, barking orders to the backline and producing a number of vital defensive contributions.

The Brazilian’s fine performance was capped with a wonderful opening goal of his own, timing his run into the box to perfection to leap and guide home Marcos Alonso’s corner.

Aged 36 years and 362 days, Silva became the second-oldest Chelsea player to score in the Premier League and he came close to a second as Hugo Lloris made a fine save from another headed effort.

Chelsea have started the season strongly and in Silva, have a serial winner who can help lead the Blues to further success.

‘Despondent’ was the description Gary Neville used to describe Harry Kane’s demeanour against Chelsea, the forward lifeless and lacklustre as Spurs crashed to a 3-0 defeat against their London rivals.

None more so than that of Kane, who failed to make any form of impact in a disappointing defeat for the north London side.

Kane had just two touches inside the Chelsea penalty area, a figure less than the totals managed by César Azpilicueta, Thiago Silva and Marcos Alonso – three of the visitor’s back five.

4 – Harry Kane has failed to score in his first four Premier League appearances of a season for the first time since 2015-16, with the England striker attempting just four shots in this current campaign. Ghosting. pic.twitter.com/VBJLFcNnCR

Kane has now failed to score in his first four appearances of a Premier League season for the first time since 2015/16, whilst he has managed just four shots so far this season.

Liverpool’s man for all occasions was once again called upon this weekend, with Trent Alexander-Arnold’s illness leaving a gap to be plugged.

James Milner has been amongst Jurgen Klopp’s most trusted lieutenants for some time and against Palace, deputised in the right-back role where the veteran was faced with the unenviable task of containing Wilfried Zaha.

Milner and Zaha had previous, with the former having been sent off for a challenge on Ivorian following a difficult afternoon against the winger in 2019.

Two added seasons into the veteran’s legs will have perhaps raised concerns amongst the Kop, but the 35-year-old produced a superb performance in the defensive position to help his side to a clean sheet and three points.

Having seen Zaha escape his attention in the opening minutes, Milner bounced back with a performance that defied a player approaching two decades as a Premier League footballer.

No player on the pitch covered more ground than Milner, who also led the game for touches, passes, crosses, tackles, and sprints – an incredible performance from the Reds’ marathon man and the second oldest outfield player to ever represent Liverpool in the Premier League.

Wolves’ backline were bullied and battered by Brentford’s twin threat of Ivan Toney and Bryan Mbuemo this weekend, in what was the worst performance since Bruno Lage’s arrival as manager this summer.

Fernando Marcal has been amongst the club’s better performers this season, but was the guilty culprit behind Brentford’s opener in their 2-0 win at Molineux after inexplicably hauling Toney to the ground inside the box.

The 32-year-old’s gripping and grappling handed Brentford a penalty, whilst his end product when venturing forward from wing-back was poor throughout.

Jesse Lingard endured a nightmare cameo in midweek after coming off the bench to gift-wrap Young Boys a stoppage-time winner in the Champions League, but the midfielder bounced back to provide a timely contribution at West Ham.

The London Stadium had been the platform for Lingard to reignite his career last season following a wonderful loan spell with the Hammers, and he came back to haunt his former side with a stunning winner as the clock ticked towards full time.

David de Gea’s last-gasp penalty save ensured the three points and deserves mention, but Lingard’s late intervention was a welcome one as United keep pace with the league leaders.

The England international was linked with a return to West Ham during the summer, but instead remained at Old Trafford and will hope to fight his way into Ole Gunnar Solskjaer’s plans this season.

The 28-year-old is too talented a footballer to spent his best years on the substitutes’ bench, with West Ham well aware of what he can provide when given an opportunity to flourish in forward areas.

The statistics make for grim reading for Norwich City.

Bottom of the division with five losses from five games, their run under Daniel Farke now stretches to 15 consecutive Premier League defeats if you take into consideration their miserable end to 2019/20’s relegation season.

For context, no manager has ever lost 15 successive league fixtures before and whilst a promotion campaign is sandwiched in the midst of those losses, it points to a side that have failed to show they can compete at this level.

15 – Norwich have lost each of their last 15 @premierleague games under Daniel Farke; this is now the longest losing run by any side in English top-flight history under a single manager. Woes. pic.twitter.com/pnut2KOlwp

Having sold their best player upon returning to the Premier League, Norwich have invested in a series of signings that each represent somewhat of a gamble.

The fixture computer had been far from kind to the Canaries with Liverpool, Man City, Leicester and Arsenal in their first four, but an emphatic home defeat to Watford spells a season of huge struggle.

Watford cut apart Farke’s side at will at Carrow Road to secure a deserved three points, the Hornets’ – and Brentford – being rewarded for their ambition on and off the pitch in contrasting fortunes for the newly-promoted sides.