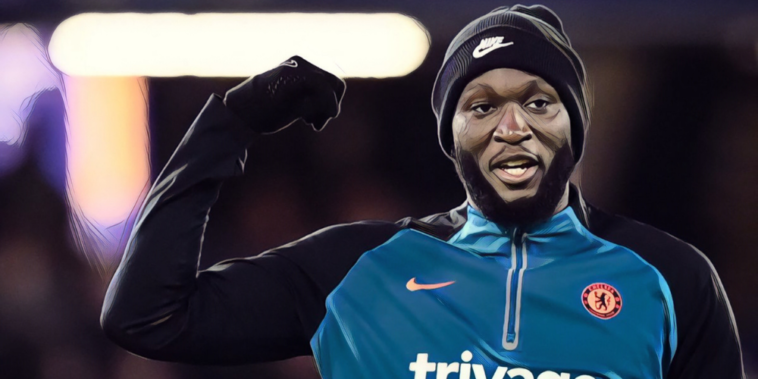 Thomas Tuchel has explained his decision to leave Romelu Lukaku out of the ‘fire’ after Chelsea’s 2-0 win over Lille in the Champions League.

Lukaku was an unused substitute as Chelsea secured a first leg advantage in their last-16 tie with the French champions, having been criticised for his performance in the club’s win at Crystal Palace last weekend.

The Belgium international set an unwanted Premier League record after managing just seven touches against the Eagles, the lowest ever recorded by an outfield player who has completed 90 minutes since the data was first collected in 2003/04.

That statistic has increased questions regarding Lukaku’s role and impact since arriving in a club record £97.5m deal last summer and Tuchel has admitted he was keen to take the forward out of the firing line.

“It was not the moment after the match, where everyone was focused on his few touches to put him into the next fire,” the Chelsea manager said in his post-match press conference.

“It was the moment to take a step back, that was the decision and that’s it.

“We have now had a good win and all the questions are still about Romelu, so the focus is huge. There are nine other players who did not play and we should never forget that we consider this sport a team sport.”

Tuchel had earlier told BT Sport post-match that Lukaku had looked ‘tired’ in recent days, having struggled during the clash with Crystal Palace following Chelsea’s return from the Club World Cup in the UAE.

“I think Lukaku was a bit tired, because he has played a lot, extra-time and travelling,” Tuchel said.

“Also, it wasn’t his best game against Crystal Palace, so it’s better that he was on the bench and could change the game from there.”