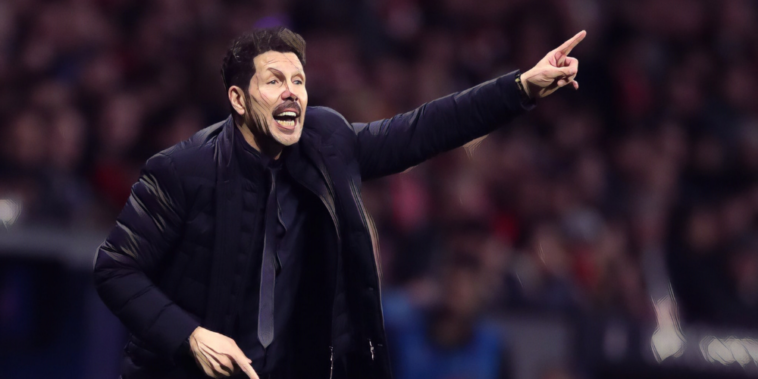 Diego Simeone has described Manchester United are ‘one of the best teams in the world’ and says the side have ‘evolved’ under Ralf Rangnick’s management.

Atletico Madrid face the Red Devils in the first leg of their Champions League last-16 tie on Wednesday evening, as the two teams resume their European campaigns at the Wanda Metropolitano.

Each have endured indifferent seasons so far, with Atletico fifth in La Liga after failing to replicate the performances that saw them crowned Spanish champions last season.

United also face a fight to secure Champions League qualification, having responded to a disappointing start to the season with the appointment of Ralf Rangnick as interim manager until the end of the campaign.

Speaking ahead of the clash in the Spanish capital, Atletico Madrid manager Simeone was full of praise for Rangnick’s impact and believes the Red Devils have evolved under the German’s management.

United have lost just once in 12 league fixtures, though performances have been mixed and their run of results has been punctuated by a number of disappointing draws.

Simeone is anticipating a difficult challenge for his side, however, claiming – somewhat surprisingly – that his side will be facing ‘one of the best teams in the world’ this week.

“We’re facing one of the best teams in the world. They’ve just lost one in 15,” Simeone said at his pre-match press conference. “They’ve evolved under the new manager.

“They’re an intense, dynamic team with very good forwards, good players who try to make a huge effort to unite the talent. It’s going to be difficult.

“I always assess the virtues of a rival but we will try to find a way to hurt them.”