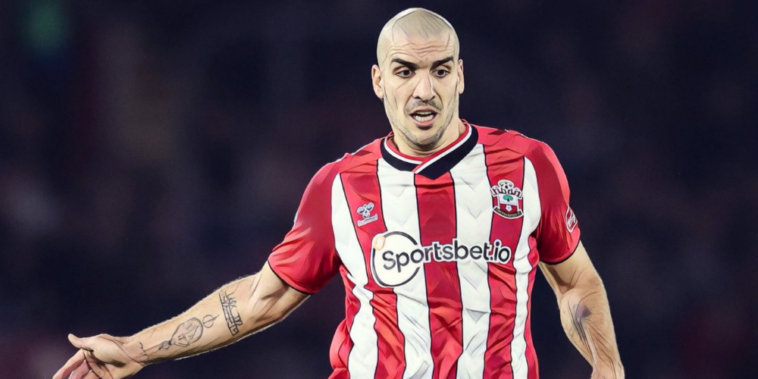 The concept of being underrated is an overused terminology within football, with enough claims to the label making it almost contradictory.

That said, even in an era in which every second of Premier League football is watched, analysed, and scrutinised by the masses, there are a number of names whose work goes comparatively unnoticed.

We’ve decided to look at a group of Premier League players who perhaps deserve greater recognition, here are five of the division’s most underrated players at present.

Joel Matip has spent much of his recent Liverpool career in the shadows of Virgil van Dijk, his centre-back partner and a footballer often cited as the world’s best defender.

Matip’s unsung role in Jurgen Klopp’s side has been appreciated by those inside Anfield with the central defender earning cult status with the Reds, but he is rarely referenced when discussing the Premier League’s best centre-backs.

The 30-year-old remains Liverpool’s first-choice partner for Van Dijk despite the arrival of Ibrahima Konate from RB Leipzig last summer, with Matip often bringing a sense of calm and composure to the backline.

He ranks third at Liverpool for interceptions, blocks and clearances per 90 minutes this season, whilst he is third in the Premier League for progressive carrying distance behind only Manchester City duo Ruben Dias and Aymeric Laporte.

Matips’ willingness to step forward and bypass opposition lines with adventurous runs adds a new dimension when Liverpool are looking to breakdown deep-lying sides and Klopp is in little doubt over the importance of a player who has been one of the best free transfer signings of recent seasons.

Oriol Romeu is another whose recognition is perhaps lessened due to the presence of his partner in the side, with James Ward-Prowse having taken plenty of headlines at Southampton this season.

Ward-Prowse’s status as club captain and penchant for the spectacular has rightly grabbed attention, but the understated role of Romeu alongside him should not go without its own praise.

The 30-year-old is into his seventh season with the Saints but its enjoying arguably his best period of form since winning the club’s Player of the Season accolade in 2016/17, with the Spaniard having largely removed the rashness of previous seasons to provide a composed and authoritative figure in the engine room

Romeu ranks fourth in the Premier League for possession won this season and the mix of tenacity and technique he and Ward-Prowse bring has led to an upturn in form for Southampton, with Ralph Hasenhuttl having hailed the pair following the win over Everton this month.

“It is blind understanding, if you want. This couple is amazing on the ball and also against the ball. Ori again today, a lot of ball wins. Very disciplined,” he said following the 2-0 win at St Mary’s.

“They know exactly what they have to do in this position and the answer is strength. And definitely nice to watch.”

Mohammed Salisu also deserves a mention following an outstanding season at Southampton this term, the defender leading all Premier League centre-backs for combined tackles and interceptions by a considerable distance.

Andreas Christensen has found himself on the sidelines through injury and illness at Chelsea of late, but the Denmark international remains a dependable performer whenever called upon.

Christensen has improved immeasurably since the arrival of Thomas Tuchel at Stamford Bridge, with the west Londoners having kept six clean sheets from the 12 league fixtures the centre-back has started in 2021/22.

Antonio Rudiger’s contract situation has dominated headlines at Chelsea this season, though Christensen will also be a free agent this summer should a new deal not be agreed.

The 25-year-old could prove an even greater loss in the long term for the Blues given his age, ability, and room for further development in the coming seasons.

Christensen ranks among the Premier League’s leading players for pass completion this season and has averaged more aerial duels won per game (2.7) than any other Chelsea teammate, traits which made him ideally suited to a long-term role at the heart of the club’s defence.

Chelsea are believed to be monitoring the situation of Max Kilman amid the uncertainty surrounding their current centre-back options, with the Wolves defender having quietly moved his way into England contention this season.

Wolves have impressed under Bruno Lage this season and boast the Premier League’s joint second-best defence, only Manchester City having conceded fewer than their 18 goals from 24 games played.

Kilman has been an integral member of a brilliantly organised backline, featuring on the right side of the back three despite his preference for his left foot.

Comfortable in possession, he ranks eighth in the Premier League for both interceptions (56) and percentage of dribblers tackled (64%) this season, whilst no player in the division has completed a higher percentage of their dribbles (85%).

Leicester have endured a difficult season this term, with Kelechi Iheanacho having found himself oddly out of favour despite the club’s inability to find consistent results.

Iheanacho enjoyed the best season of his Foxes’ career last term to score 12 goals in 16 league starts, averaging a goal or assist every 104 minutes for Brendan Rodgers’ side in the Premier League.

The Nigerian international seemed to be fulfilling his early potential after a mixed time at Leicester, but the arrival of Patson Daka and presence of Jamie Vardy has restricted his opportunities this season.

There is an argument that both Daka and Vardy have performed better with Iheanacho alongside them, however, with the 25-year-old capable of dropping deep and threading passes forward.

Iheanacho has four goals and seven assists from just 11 starts across all competitions in 2021/22, averaging a goal or assist every 109 minutes this term.

It’s a prolific rate of return for a forward who has been underused and under-appreciated at Leicester so far this season.