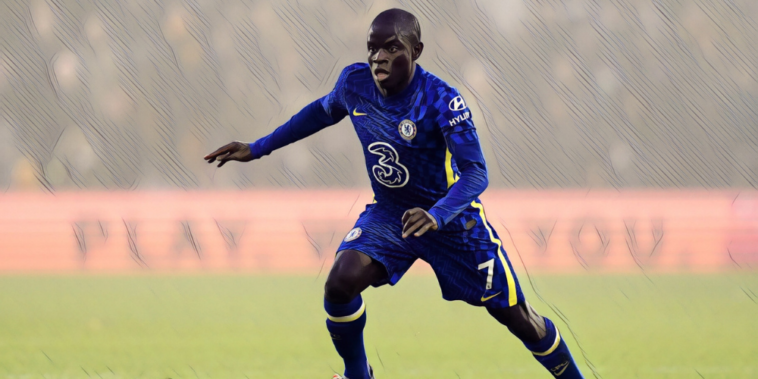 Thomas Tuchel admits his decision to play N’Golo Kante against Wolves was verging on ‘irresponsible’ and confirmed the midfielder will not feature against Brentford this evening.

Chelsea’s options are stretched as a result of injury problems and Covid-19 cases amongst Tuchel’s squad at present, with Romelu Lukaku, Kai Havertz, Jorginho and Timo Werner amongst a large number of absentees.

Tuchel recalled Kante to the side and played him for the full 90 minutes for the goalless draw with Wolves last weekend and admitted he ignored medical advice to limit the France international’s involvement given his lack of alternatives.

The midfielder had been out since November with a knee injury and had only just returned to first-team training with the west Londoners, with Tuchel revealing he will now not consider the 29-year-old for Wednesday’s Carabao Cup quarter-final with Brentford as he provides Kante with a chance to recover.

“I don’t like judging importance of games because you can never tell what it does to you and there’s nothing more important than winning and performing together. This is totally against our nature but maybe we are forced to do it,” the Chelsea head coach said.

“It makes me sad because this is not what sport is about and this is not what we are all about, but it can happen [tonight] that we prioritise the health — not the game against Aston Villa [on Boxing Day] but the health — and do not take any risk for some of our players. We accepted the challenge when we arrived at Wolverhampton with 14 players [they had 17 in the match-day squad]. And out of these 14 players with a lot of them we took a huge risk. And in general we did not feel fully safe. It will not get easier because these guys are out, but that’s it.

“To have a team of 13 or 14 players for one match, this is a problem but not the big problem. We can do it and we can fight, but from the match [at Wolves] we have Trevoh Chalobah injured, we have him in big doubts. We have N’Golo Kanté and Mateo Kovacic involved, which was taking huge, huge risks, and now we are paying for this.

“We believe in a certain quality and if you overuse players or you don’t have them available in this amount for ten days, you have the risk that it backfires in injuries. I think the injury for Trevoh Chalobah is a very unusual injury. We make him play, it is my fault.

“What we did with N’Golo Kanté was close to being irresponsible to let him play for 90 minutes against Wolverhampton. Will he be involved in the squad now against Brentford? Simply, no. We will now give him time to recover and prepare for the Aston Villa match.”

Read – Over to you Newcastle: Remembering the first transfer windows that followed billionaire takeovers