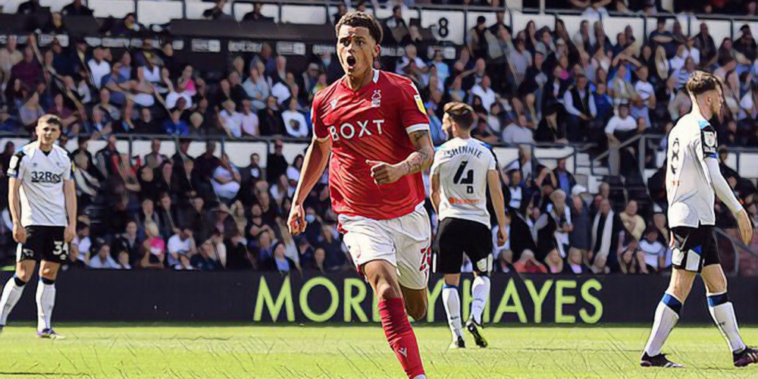 Everton and Newcastle have joined a host of Premier League clubs in the race to sign Nottingham Forest midfielder Brennan Johnson.

Johnson has enjoyed an impressive campaign for the Championship club to attract top-flight interest, scoring five goals and providing five assists for Steve Cooper’s side this season.

Several Premier League clubs are closely watching his progress at the City Ground this season and the Mail are reporting that Everton and Newcastle have joined Johnson’s increasing list of suitors.

Brentford saw an approach for the 20-year-old rejected during the summer transfer window, whilst West Ham are also interested in his signing having enjoyed success with second-tier signings – including the likes of Jarrod Bowen and Said Benrahma – in recent windows.

Forest are determined to keep hold of the academy graduate but will listen to offers should their £20m valuation be met, with Johnson having become a central figure in the side since returning from an impressive loan spell at Lincoln City last season.

Tottenham have also kept an eye on his progress of the midfielder, who has earned seven senior caps for Wales since his debut in 2020 after switching his international allegiance from England.