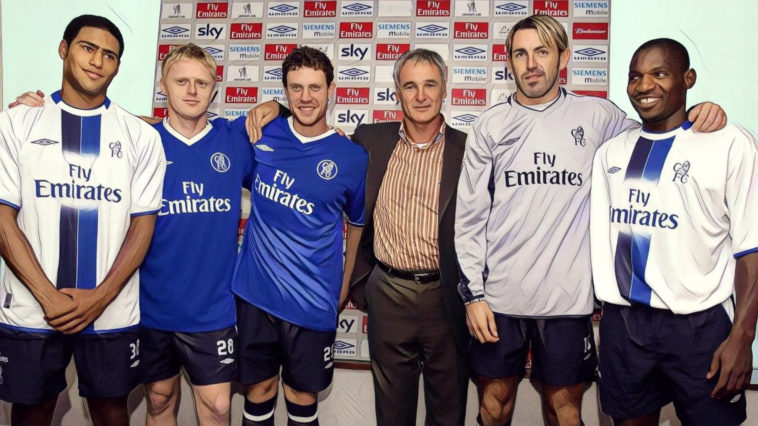 Newcastle United are under new ownership following the club’s billionaire-backed takeover, with the Magpies set for unprecedented investment from their Saudi-led backers.

Eddie Howe will be handed significant funds during the upcoming January transfer window, as Newcastle – now boasting the wealthiest owners in world football – bid to improve a squad struggling near the bottom of the division.

Mired in the Premier League’s bottom three at present, it remains to be seen what calibre of player can be attracted to St James’ Park next month and as the window approaches we’ve looked back at past clubs who were handed a sudden injection of cash.

We remember the first transfer windows for Chelsea, Manchester City and Paris Saint-Germain following their own sudden arrivals amongst football’s richest clubs.

The Blues had finished fourth in the Premier League the previous season, beating Liverpool in a winner-takes-all showdown on the final day to secure Champions League qualification and persuade Abramovich to take ownership at Stamford Bridge.

Abramovich’s takeover pre-dated Financial Fair Play regulations and saw Chelsea spend huge sums during his first summer in ownership, splashing out more than £100m on a host of marquee arrivals.

Juan Sebastien Veron failed to reignite his career in the capital after arriving from a disappointing spell at Manchester United, whilst neither Adrian Mutu or Hernan Crespo left a lasting legacy despite their exciting arrivals from Serie A.

Chelsea’s recruitment drive also saw Geremi – who had impressed the previous season on loan at Middlesbrough – and Claude Makelele arrive from Real Madrid, the latter proving an inspired signing and a key figure in the early successes of the Abramovich era.

Chelsea finished the season as runners-up to Arsenal’s Invincibles, whilst the Blues also reached the Champions League semi-finals under Claudio Ranieri.

Given the club’s takeover came so late in the window, it was not until January where the newly-rich Mancunians began to flex their financial might.

Each added quality to the side with Hughes having previously worked with Bellamy for both Blackburn and Wales, whilst the arrival of Nigel de Jong from Hamburg proved a fine fit with the tough-tackling midfielder strengthening the spine of an emerging force.

City – who had finished the previous season ninth – dropped a position to tenth during the 2008/09 campaign, but it has been a remarkable rise since with five league titles won since a first Premier League title was claimed in 2011/12.

Paris Saint-Germain have established themselves as European giants across the past decade, having seen their fortunes changed following a Qatar-led takeover in 2011.

PSG had won just two league titles since their formation in 1970, but have been crowned champions in seven of the past nine Ligue 1 campaigns and are responsible for the two most expensive transfers in football history in Neymar and Kylian Mbappe.

The first window of the new ownership saw PSG complete the French-record signing of Javier Pastore from Palermo, with the Argentine midfielder the headline arrival of a busy summer that saw mass change at the Parc des Princes.

PSG improved on a fourth-place finish the previous season to finish as runners-up to shock title winners Montpellier in 2011/12, before claiming the Ligue 1 title the following season following a summer of star signings that included the arrivals of Zlatan Ibrahimovic, Thiago Silva and Ezequiel Lavezzi.