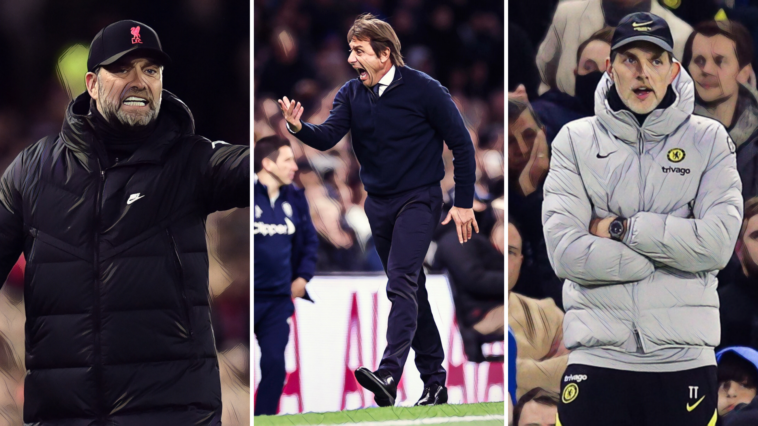 January is right around the corner and whilst notoriously a difficult time to secure transfer deals, the winter window offers Premier League clubs a mid-season chance to strengthen.

As we approach the mid-way point of the Premier League campaign, each of the teams will be well aware of their strengths and weaknesses, whilst the January transfer window also offers several new managers a first chance to shape their squad in their own image.

Ahead of the transfer window, we’ve looked at the priority positions each ‘big six’ team needs to strengthen.

Having seen their summer transfer window questioned and criticised during the early weeks of the season, the indications now are that Arsenal’s spending has been rather wiser than it first appeared.

Takehiro Tomiyasu and Aaron Ramsdale have emerged as two of the signings of the campaign so far, whilst Ben White and Martin Odegaard have grown in influence and both Nuno Tavares and Albert Sambi Lokonga have shown promise.

Mikel Arteta has formed an impressive young core at the Emirates, though there remains gaps in his squad including both in central midfield and at centre-forward.

Arsenal's transfer plan for January according to Fabrizio Romano! 🚨

The former appears the priority should the Gunners enter the market next month, with their options set to be stretched as both Thomas Partey and Mohamed Elneny depart for Africa Cup of Nations duty.

Arsenal have been linked with several targets ahead of the winter window, including the signing of former favourite Aaron Ramsey from Juventus.

Centre-forward also remains an issue with Pierre-Emerick Aubameyang currently exiled and both Alexandre Lacazette and Eddie Nketiah out of contract at the end of the season, though the addition of a number nine may wait until the summer.

Chelsea have been reliant on their wing-backs for creativity this season and the injury sustained by Ben Chilwell has been a major blow to Thomas Tuchel’s side.

Chilwell had enjoyed an excellent start to the campaign, but is set for an extended period on the sidelines after sustaining ACL damage against Juventus last month.

Marcos Alonso has deputised in his absence, but the Spaniard remains an inconsistent performer whose best attributes are evident when he is relieved of defensive duties. The 30-year-old has often failed to convince defensively and signing a wing-back to cover Chilwell’s absence could be on Tuchel’s agenda next month.

Lucas Digne has been mentioned as a potential target and could prove a shrewd signing for the west Londoners, the Everton full-back’s future uncertain on Merseyside following a reported fall-out with Rafael Benitez.

Everton are closing in on the signing of Vitaliy Mykolenko from Dynamo Kyiv in a deal that could pave the way for Digne’s exit and a deal that suits all parties.

Liverpool’s title challenge is set to be impacted with the loss of key personnel to the Africa Cup of Nations, with Mohamed Salah, Sadio Mane and Naby Keita all set to depart for the mid-season tournament.

The loss of Salah and Mane in particular will rid Liverpool of two of their most influential talents at a crucial stage of the season, the former having been in sensational form this season to lead the Premier League for both goals and assists.

Jurgen Klopp’s options for his front three are limited in the absence of the duo, with the likes of Divock Origi and Takumi Minamino competing for a space alongside Roberto Firmino and Diogo Jota.

Origi and Minamino have failed to start a single league fixture between them this season, an indication of their rank in Klopp’s pecking order.

Signing a versatile forward that has the potential to compete for a place in Liverpool’s strongest XI could prove the difference in then Reds’ push for the title, with Premier League names Raphinha and Jarrod Bowen amongst those rumoured to be of interest to Klopp and his recruitment team.

Manchester City are perhaps the least likely of the ‘big six’ sides to enter the January window, the champion’s squad one stacked with both talent and depth.

Pep Guardiola’s side are the current leaders in the title race and have won eight consecutive Premier League fixtures, silencing doubts over whether their failure to sign a centre-forward would prove costly this season.

That said, City are the only member of the top three to have underperformed on their expected goals (xG) figure so far this season and the addition of a recognised centre-forward could prove the difference in tight games both in the Premier League’s run-in and their Champions League challenge.

Having failed to sign Harry Kane in the summer and with Ferran Torres linked with an exit, City could perhaps return with renewed interest for a forward – but signing an elite goalscorer will prove difficult during the winter market

Kane, Erling Haaland and Dusan Vlahovic are amongst those linked with a move to the Etihad, but each appears unlikely to move next month.

Manchester United’s need for midfield reinforcements has been well-documented in recent months, their current contingent having been criticised during an unconvincing start to the campaign.

The Red Devils’ hierarchy are ready to back Ralf Rangnick during the January window and the addition of a defensive-minded midfield anchor is top of the interim manager’s agenda.

Rangnick’s preference is for a 4-2-2-2 system with high-pressing and intensity, his need for a midfield screen who can cover the ground and shutdown opposition attacks of huge importance.

The axis of Scott McTominay and Fred has been much maligned, whilst the ageing Nemanja Matic is coming towards the end of his career at Old Trafford.

In order to implement his ideologies successfully Rangnick will need reinforcements and there will be no shortage of names linked with Man United in the coming weeks.

Antonio Conte will have a first opportunity to strengthen his Tottenham team this week, with the Italian set to plan the club’s direction alongside sporting director Fabio Paratici.

Centre-back appears a position in need of reinforcements with Spurs’ options limited in the absence of Cristian Romero, and despite improvement from the likes of Eric Dier and Ben Davies in a back three system it could be on Conte’s winter agenda.

Spurs have been tentatively linked with renewing their interest in Sevilla’s Jules Kounde, whilst Paratici and Conte’s links to Italian football have seen speculation mount over a move for Torino defender Gleison Bremer.

Right-back could also be a position to target with Conte’s system demanding huge energy and final third quality from his wing-backs, though summer signing Emerson Royal – who arrived in a €25m deal from Barcelona – is likely to be given time to prove himself in the Premier League.

The Brazilian has struggled during a testing adaptation into English football, however, and Conte will be keeping a close eye on his progress before the summer arrives.