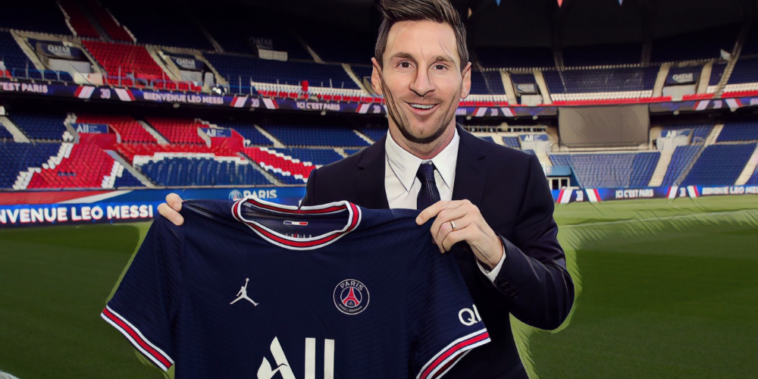 The summer transfer window has seen huge activity despite the financial implications of the pandemic, with some brilliant players having completed high-profile moves.

Paris Saint-Germain have enjoyed an incredible window of recruitment that has included the signing of a certain six-time Ballon d’Or winner, whilst both Chelsea and Manchester City have broken their transfer records as Premier League sides once again lead the spending.

We’ve decided to compile a best XI of the players to have moved clubs this summer, with this starting side one that would certainly take some beating.

Gianluigi Donnarumma has formed part of PSG’s incredible window of recruitment this summer, signing for the Ligue 1 side on a free transfer after deciding to leave AC Milan.

Despite being just 22, the goalkeeper has made 251 appearances for Milan after breaking into the side as a teenager and arrives in Paris as one of Europe’s most highly-rated shot-stoppers.

PSG presented Messi, Ramos, Hakimi, Donnarumma and Wijnaldum to their fans this weekend and the atmosphere was ELECTRIC ⚡️ pic.twitter.com/jsdONAg17A

Donnarumma played an influential role as Italy were crowned winners of Euro 2020 during the summer, being named as the Player of the Tournament following an impressive European Championship campaign.

PSG’s business has included some stellar free transfer signings, though Mauricio Pochettino’s side have also splashed out €60m to sign Achraf Hakimi from Inter Milan.

The wing-back enjoyed an excellent debut season at Inter last term, scoring seven goals and providing eight assists as the Nerazzurri were crowned as Serie A champions for the first time in over a decade.

Inter’s financial situation has seen PSG capitalise to secure a deal for the Moroccan international, who at 22-years-old has the potential to develop into one of Europe’s best in his position.

Manchester United have secured the signing of long-term target Raphael Varane this summer, with the defender deciding on a new challenge after a decade of success at Real Madrid.

Winner of three league titles, four Champions League trophies and the World Cup with France, there are few centre-backs in world football with Varane’s pedigree and his signing is a major coup for Ole Gunnar Solskjaer’s side.

The 28-year-old has also arrived for a modest fee in the region of £42m given his calibre and contract situation, his signing a huge boost as the Red Devils look to challenge for the Premier League this season.

Partnering Varane in an all-French centre-back pairing is Dayot Upamecano, whose transfer from RB Leipzig to Bayern Munich was agreed in February.

The 22-year-old has been amongst the most sought-after young talents in world football in recent seasons, with the centre-back joining former Leipzig manager Julian Nagelsmann at Germany’s dominant force this summer.

Upamecano has attracted some criticism in the infancy of his career with Bayern, but remains one of the brightest defensive talents in the game and edges out the veteran Sergio Ramos for a place in our side.

Upamecano’s move to Bayern will help fill the void left by David Alaba’s departure, the Austrian leaving on a free transfer to sign for Real Madrid.

Alaba has spent the entirety of his senior career with Bayern and has won 10 league titles and two Champions League trophies amongst his honours with the Bundesliga side, establishing himself as a world-class, multi-functional talent in the process.

Alaba rejected three contract offers from Bayern and interest from elsewhere in Europe to move to Spain, his signings amongst the very best deals of the window with the 29-year-old set to play a major role in a new-look Real Madrid side.

Liverpool will have a significant void in their midfield this season following Wijnaldum’s Anfield exit, the Netherlands international joining an all-star cast at PSG.

Wijnaldum has been an underrated and understated presence in the Reds’ midfield in recent seasons and shapes as the perfect player to bring balance to the Parisian’s expensively assembled and rather top-heavy side.

Winner of the Champions League during his time on Merseyside, the task will now be bringing an elusive European trophy to the Parc des Princes.

Atletico Madrid look in strong shape to defend their La Liga title this season, having kept hold of their key personnel and strengthened with the arrival of Udinese midfielder Rodrigo De Paul.

The Argentina international formed part of the side that won this summer’s Copa America and boasts a complete skillset in central areas, having flourished over the past five seasons in Italy.

De Paul led Serie A for big chances created, expected assists, duels won, take-ons completed and passes into the penalty box in 2020/21, whilst ranking second for chances created and through balls attempted.

Whatever Atlético Madrid are reportedly paying to sign Rodrigo De Paul from Udinese, it's not enough. ✨ pic.twitter.com/TQfLWhXJ3b

The midfielder also scored nine goals and provided nine assists for Udinese and will hope to take his game to the next level under the guidance of compatriot Diego Simeone in the Spanish capital this season.

The Jadon Sancho saga finally reached its conclusion this summer as Manchester United finally got their man, landing the winger in a £72.9m deal from Borussia Dortmund.

United’s long-standing interest in the 21-year-old’s is a result of his fine performances in recent seasons, with Sancho providing 114 goal involvements in just 137 appearances for Dortmund across four seasons.

The England international now has an opportunity to test himself in the Premier League and will be tasked with solving a problem position on the right for the Red Devils, whose signings of Sancho and Varane can help bridge the gap to defending champions Manchester City.

Jack Grealish is now the most expensive player in Premier League history, with Manchester City having made the Aston Villa captain English football’s first £100m man.

Grealish has developed into one of the division’s best creative talents over the past two seasons, ranking behind only Kevin De Bruyne for assists and shot-creating actions per 90 minutes in 2020/21.

The 25-year-old now joins the Premier League’s dominant force in pursuit of major silverware, with plenty of intrigue surrounding how Grealish adapts to the demands of Pep Guardiola and the Champions League stage.

The transfer of the summer, Lionel Messi’s departure from Barcelona has stunned Europe.

Messi had appeared set to sign a new contract with the Catalans and continue his record-breaking career at the Camp Nou, but the financial mess at one of Spain’s superpowers has seen the six-time Ballon d’Or winner leave for pastures new.

Paris Saint-Germain have pulled off the coup of the window in signing the world’s finest footballer on a free transfer, where he will unite with Neymar and Kylian Mbappe in a potent front three.

Lionel Messi is presented to the PSG fans 🔥

PSG have made no secret of their desire to win the Champions League and have never been better placed to fulfil their ambitions than in 2021/22.

Chelsea’s search for a new number nine saw the west Londoners spend £97.5m on Romelu Lukaku this summer, the move seeing the forward become the most expensive player in history in terms of cumulative transfer fees.

Lukaku has enjoyed the finest football of his career since leaving the Premier League for Inter Milan two seasons ago, scoring 64 goals in 95 appearances for the Nerazzurri.

Romelu Lukaku is back in Chelsea colours once again 🔵🟡

The 28-year-old was named as Serie A’s Most Valuable Player after inspiring Inter to a drought-breaking Scudetto success last season and returns to England with a point to prove after leaving Chelsea as a youngster with just 15 goalless appearances.

Lukaku’s reputation was also dented during an indifferent spell at Manchester United, but the Belgium international guarantees goals and widely backed to help turn Chelsea from contenders into champions this season.