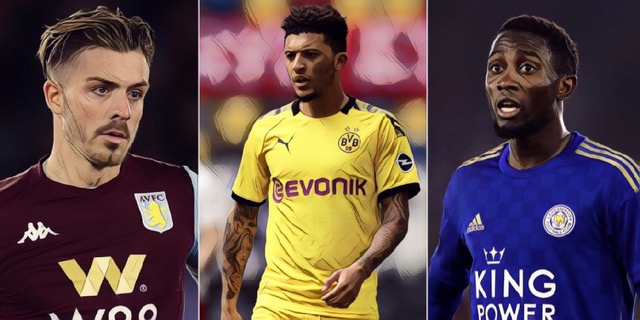 As Liverpool secured their first league title in 30 years, Ole Gunnar Solskjaer declared that it was imperative Manchester United are soon capable of challenging for the Premier League themselves.

With Paul Pogba and Bruno Fernandes finally being able to link up as a pair, the Red Devils have made strides in belying their incapability of creating chances against deep defensive blocks. However, should they wish to compete at the highest echelons of both domestic and European football once again, Man United will undoubtedly need to strengthen this summer.

Most of United’s problems this season have stemmed from their lack of creativity in midfield, so it may seem odd for them to suggest that they should target a defensive midfielder. Yet in order for United to consistently be more proactive both with and without the ball, they need a midfield anchor who can cover the space behind an aggressive press and progress the ball effectively through the thirds.

Nemanja Matic has had something of a renaissance in the role in the New Year, but at 32, United will need to look for alternatives. Both Scott McTominay and Fred have impressed this season, but neither has the positional discipline or reading of the game that a pure defensive midfielder requires. With United likely to use both Pogba and Fernandes in the same setup, it’s vital that they secure a midfielder who can shoulder significant defensive responsibility while being competent enough with the ball to allow United’s talismanic duo to affect the game higher up the pitch.

The ideal choice for the role would be Wilfred Ndidi. The Nigerian has thrived under Brendan Rodgers at Leicester City this season, playing either as the single pivot in a 4-1-4-1 or as the more defensively-minded member of a double pivot in a 4-2-3-1.

Given his experience in the Premier League and in covering for two attacking-minded midfielders in Youri Tielemans and James Maddison, Ndidi would be ideal for United. And with Leicester making a slow start since the break, the Old Trafford outfit could be in a position to usurp them in the league table. However, should the Foxes retain their place in the top four, it’s unlikely that Ndidi would leave this summer.

Since 2018/19, Wilfred Ndidi has made more tackles + interceptions combined than any other player in Europe’s top five leagues:

A more realistic option would be Denis Zakaria from Borussia Monchengladbach. The 23-year-old has thrived under Marco Rose this season, playing at the base of a midfield diamond or as the defensively-minded player in a double pivot. Despite being 6’ 3”, the Swiss international is highly mobile and capable of covering large swaths of space in front of the back four.

Perhaps more impressive is than his pure ball-winning and physicality is what he can do with the ball. He averages 2 successful dribbles per 90, a staggering figure for a defensive midfielder. Zakaria is also an adept passer, capable not just of recycling the ball with ease but playing penetrative forward passes to break opposition defensive lines. In many ways, he is the prototypical modern defensive midfielder, and he would be exactly the type of player United need. Zakaria would be costly, probably around £40 million, but he would be well worth the expense and help Solskjaer maximize the abilities of Pogba and Fernandes.

With Anthony Martial leading the line, Marcus Rashford on the left, and Fernandes playing in the hole, United almost have a truly menacing attack. Almost. For a £15 million player from the Championship, Daniel James has proved to be a fairly good signing and clearly has plenty of promise.

However, his skill set is somewhat limited at present, and his inconsistency and inability to hurt deep-sitting defences have stymied United at times this season. Juan Mata never looked comfortable in a right-wing berth, and while Mason Greenwood has impressed hugely in the position, the 18-year-old is more suited to a central role in the long-term. James, Greenwood, and Odion Ighalo provide excellent squad depth in attack, but United need a recognised right-winger of higher quality to maximize their attacking output.

The most touted name for this role has been Jadon Sancho. The Englishman would certainly fit the club’s emphasis on signing young British players, and he possesses the technical attributes to give United what they have lacked on the right-hand side.

Beyond these reasons, though, Sancho is simply a sensational player. He’s a generational talent, a uniquely polished young player with the potential to become one of the best players in Europe. A reported £100 million is certainly hefty, but if there’s one player who is worth spending that amount of money on, it’s Sancho. He wouldn’t just be the club’s new-poster boy, but someone who can take United to the next level and fulfil a genuine need in their squad.

Should they be unable to land Sancho, United should look to sign Federico Chiesa. The 22-year-old Italian has shone in a turbulent and underachieving Fiorentina side in Serie A over the past few seasons. His explosive pace and unpredictability have made him one of the most exciting players to watch in Italian football, and while not as polished as Sancho, has plenty of potential and would be an improvement on United’s current options.

A slightly left-field option would be Emi Buendia. The Norwich City creator has impressed this season, and put up hugely impressive numbers in terms of chance creation, dribbling, and pressing. He’s less of a goal threat than Sancho or Chiesa, nor is he as pacy, but he could be a useful option for United off the right-hand side, especially when considering their woes at unlocking defensive blocks. He would also be significantly cheaper than the previously mentioned players, allowing United to spend more on other areas of the squad.

Other than Sancho, the player Manchester United have been most consistently linked with has been Jack Grealish. The Red Devils don’t seem to be targeting another player of his ilk, and they don’t necessarily need another creative midfielder since the return of Pogba and the acquisition of Fernandes. The Aston Villa skipper could play off the left, but that would leave no clear role for Rashford, who has certainly merited a starting-eleven role.

No doubt Grealish is a top-class player. He’s a threat from set-pieces, draws fouls, has an excellent passing range, is dangerous with crosses, and poses as a significant goal threat. However, he would be a significant outlay – especially in wages – for a position that United don’t necessarily need.

Should they wish to offload the likes of Andreas Pereira and Jesse Lingard, they may need an extra creative midfielder for squad depth. But a player of Grealish’s quality would surely demand and deserve a starting role. Someone like 22-year-old Eberechi Eze from QPR or Buendia would be much better suited to being a bench player while fulfilling the same role.

Perhaps Rashford could be moved to the right-hand side and Grealish could be used on the left, his preferred position, but given the former’s excellent form this season it seems odd to move him. United could potentially field a midfield diamond with Pogba, Fernandes, and Grealish all in the same team and with a front two of Martial and Rashford, but this is a setup Solskjaer has seldom used.

Changing a whole tactical setup for a new player would be strange and probably ill-advised. Ultimately, it’s difficult to see how Solskjaer could accommodate Grealish in his current tactical setup, and United’s resources would be better spent elsewhere.

There are other positions that United could strengthen. A centre-back partner for Harry Maguire with greater athleticism than Victor Lindelof could get the most out of the United captain. A world-class left-back could also improve United, but Luke Shaw and Brandon Williams have been reliable this season and in the financial climate of COVID-19, precious resources could be used better elsewhere.

A defensive midfielder, a right-winger, and a back-up number ten could allow Manchester United to, if not challenge for the title next season, steer them on course towards doing so.