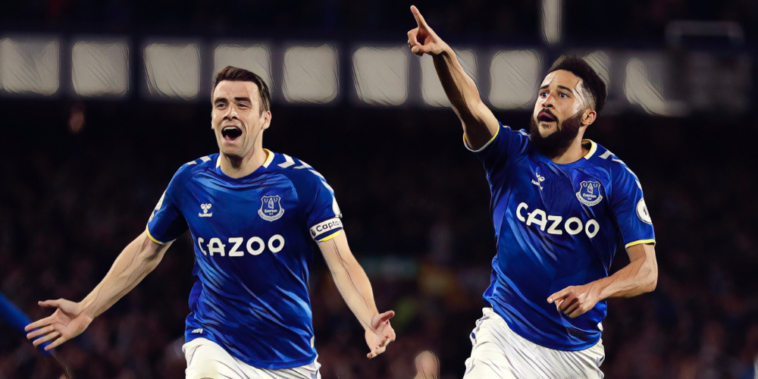 Andros Townsend has revealed how Rafael Benitez is driving the standards at Everton and says the Toffees boss is always demanding more from his players.

Everton have made an unbeaten start to the Premier League season to sit fourth in the division, level on points with league leaders Manchester United after four fixtures.

The Merseyside club came from behind to beat Burnley 3-1 on Monday evening, with summer signings Townsend and Demarai Gray amongst the goals at Goodison Park.

Townsend has opened up on the early stages of Benitez’s reign at Everton and says the Spaniard is continually seeking improvement from the squad.

“He wants it all. He doesn’t let us sit on our laurels,” he told Sky Sports. “Demarai has had a great start but the manager has still pushed him.

“Can you make more runs, can you be more clinical? He was the same after the game, (he) didn’t congratulate me on that goal.

“Don’t know what he said but it was something like ‘You’re too wide’ or ‘You weren’t making runs in behind.’

“That’s what he’s like, he doesn’t praise you he’s always looking to get more out of you. That’s what I love in a manager and I’m enjoying linking up with him again.”

Townsend was pleased with Everton’s performance following the comeback win against Burnley, with Benitez’s tactical tweak helping raise what had been a lacklustre first-half showing.

Michael Keane headed home an equaliser after Ben Mee’s opener for Burnley, before further strikes from Gray and Townsend – the latter a stunning effort from distance – made it three goals in just six minutes for Everton to seal three points.

“Yeah it was a tough one. We went 1-0 down again but we showed great character,” he added. “At this stage it’s not the victory it’s the fact we showed character which will stand us in good stead.

“We knew what went wrong in the first half, we had no real threat. We rectified that at half-time and we were on the front foot. In the end it was fully deserved.”