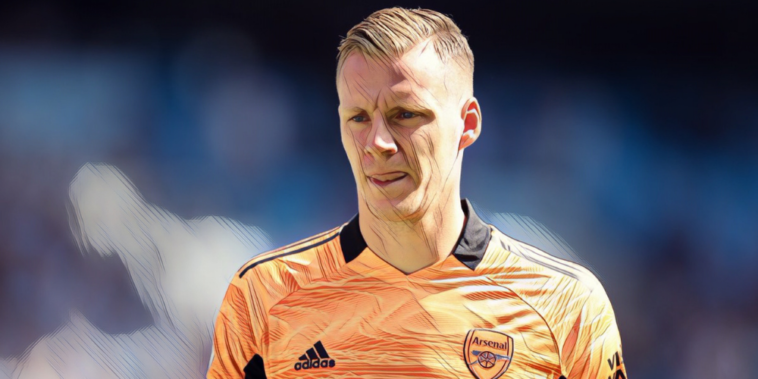 Arsenal are ‘contemplating selling’ Bernd Leno next summer with Aaron Ramsdale expected to claim a position as first-choice goalkeeper.

Ramsdale was handed his debut for the north London side during Saturday’s 1-0 win over Norwich at the Emirates, with the summer signing a surprise inclusion as the Gunners secured their first points of the Premier League season.

Mikel Arteta praised the 23-year-old following his performance and Ramsdale is now expected to retain his place in the side, raising questions over Leno’s future at the Emirates.

Leno’s contract with the club is set to expire in 2023 and the Germany international has shown no indication that he is prepared to extend his deal, with the Mail reporting that Arsenal will consider offers for the 29-year-old next summer.

There is understood to be little chance of the goalkeeper departing during the winter window, but Ramsdale’s swift impression since arriving from Sheffield United has pushed Leno closer to the exit door.

It is believed that Ramsdale was signed ‘in the expectation’ that he would be number one by the end of the season, though that scenario appears to have taken place sooner than had been anticipated.

Leno now looks set for a spell on the sidelines and Arsenal will hope to attract offers for the former Bayer Leverkusen shot-stopper next summer, rather than risk losing the player on a free transfer in 2023.