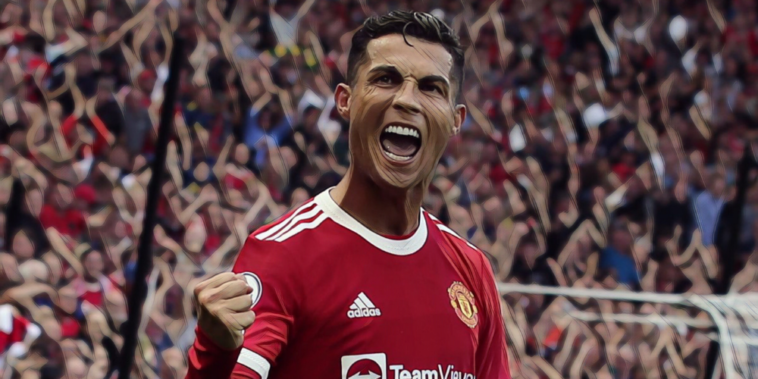 Each week we delve through the Premier League’s weekend action and compile our divisional Team of the Week, with the latest round of fixtures full of incident and excitement.

Cristiano Ronaldo enjoyed a dream return to Manchester United as the Red Devils thrashed Newcastle at a raucous Old Trafford, whilst Chelsea and Liverpool maintained pace with the new league leaders after convincing wins against Aston Villa and Leeds respectively.

Elsewhere Crystal Palace got the Patrick Vieira era up and running after beating Tottenham, whilst Arsenal climbed out of the bottom three after a much-needed first win of the season against Norwich.

Chelsea’s 3-0 win over Aston Villa could look like a routine home win to the casual observer, but in reality, it was anything but, with Villa unfortunate to find themselves a goal down at the half-time whistle.

The visitors created several good goalscoring opportunities during the opening 45 minutes, but found their route to goal blocked by the formidable presence of Edouard Mendy.

Mendy made a fine stop to deny Ollie Watkins immediately after Romelu Lukaku’s opener for Chelsea, before showcasing his athleticism with a double save to deny Tyrone Mings and Ezri Konsa before the break.

🧤 No goalkeeper has made more saves than Edouard Mendy (16) in the Premier League this season pic.twitter.com/6yLm59p9qi

Chelsea settled in the second half and began to take control, but Mendy’s performance ensured the west Londoners had a lead to build on following an entertaining end-to-end opening at Stamford Bridge.

Liverpool’s clash at Leeds started at a predictably frantic pace in front of an atmospheric Elland Road crowd, but the Reds remained cool to secure a convincing win on the road.

Trent Alexander-Arnold’s defensive qualities were tested against Leeds’ unique man for man style, but he coped well in a performance where his best attributes were allowed to flourish in advanced areas.

The 22-year-old got forward all afternoon and provided an assist with a brilliant delivery for Mohamed Salah, the league’s most creative player to date registering five key passes and his second assist of the campaign.

Cleared to feature late the previous night, Chelsea will have been pleased to have had the cool head of Thiago Silva amongst their defensive ranks as Aston Villa threatened an upset at Stamford Bridge.

The veteran was an assured presence in an often chaotic opening period, including making a superb block to deny Ollie Watkins with the goal gaping for the Villa forward.

Silva’s 37th birthday may be later this month, but his experience and know-how can be invaluable to Thomas Tuchel’s side this season.

Wolves’ position near the foot of the table was perhaps an unfair reflection on their performances so far this season, losing three successive fixtures 1-0 before the international break.

The Bruno Lage era is now underway after a 2-0 win at Watford, with club captain Conor Coady leading the charge for the visitors at Vicarage Road.

Coady’s presence provides Wolves with leadership and organisation in their back-three system, whilst his long diagonal passes from deep often got Lage’s side on the front foot.

Ensured any threat from Spurs was minimal down his flank and linked well with the impressive Zaha ahead of him down the Crystal Palace left.

Mitchell was full of energy and intent throughout in an impressive win for the Eagles, with the full-back unfortunate not to score after his chipped cross from the byline was somehow cleared from under his own crossbar by Sergio Reguilon.

Kovacic ran the show for Chelsea in midfield this weekend, shouldering the responsibility for setting the tempo with Jorginho named only amongst the substitutes and N’Golo Kante absent.

No player made more passes or had more touches than the Croatian, whose assist for Romelu Lukaku’s first goal was a reminder of just what he can produce when operating at his best.

The 27-year-old burst beyond two challenges before threading a pass behind then Villa defence, with Lukaku making no mistake to open the scoring.

Kovacic also helped himself to the second goal after capitalising on a mistake from Tyrone Mings in a fine individual showing.

Conor Gallagher is growing game by game as a Crystal Palace player, the midfielder fast becoming the engine of this side following another hugely impressive performance against Tottenham.

The 21-year-old built on his brace at West Ham last time out with another strong showing for the Eagles, producing an all-action performance at the heart of the midfield and winning the penalty from which Wilfried Zaha opened the scoring.

Enjoying himself at Selhurst Park. 💪 pic.twitter.com/yLpf4ZIBDz

Palace were in desperate need of an injection of youth and energy this season and the loan signing of Gallagher from Chelsea has provided that in abundance.

Having been keen on an exit from the Etihad throughout the summer transfer window, Bernardo Silva has began the season in favour and in form for Manchester City.

The Portugal international was the match-winner as the Premier League champions secured a hard-fought win at Leicester, with Bernardo getting the stroke of luck his performance deserved with the game’s only goal.

The 26-year-old linked well with Jack Grealish throughout and his failure to secure a move away leaves City with an embarrassment of creative riches this season.

Emerson Royal could hardly have been given a more testing first assignment in the Premier League, with the Tottenham debutant faced with Wilfried Zaha in a menacing mood against Crystal Palace.

The Ivorian, as ever, was the Eagles’ driving force and gave the Brazilian a torrid time with his speeds and skill, with Japhet Tanganga – later dismissed for a second yellow card – forced to take drastic action to stop Zaha in an incident that saw the winger briefly lose his cool

Zaha opened the scoring from the spot with a cooly converted penalty, before turning provider for Odsonne Edouard as Spurs struggled to live with his direct style.

The 28-year-old has perennially been linked with a move away from Selhurst Park, but he remains irreplaceable for Patrick Vieira and Palace.

Cristiano Ronaldo enjoyed a dream return to Manchester United after scoring twice on his second debut for the club against Newcastle.

Ronaldo broke the visitor’s resistance in first-half stoppage time with a simple finish after Mason Greenwood’s shot was parried, before bursting through to fire home a low second after Javier Manquillo’s equaliser for the Magpies.

There are those who have chosen to doubt the wisdom in the Red Devils’ re-signing of the club great, but Ronaldo’s showing against Newcastle proved he’s still as clinical as ever.

If ever there was a performance that justified Chelsea’s club-record investment in Romelu Lukaku, this was it.

The European champions were far from their best against Aston Villa with the 3-0 scoreline flattering the west Londoners, but their marquee man delivered in crucial moments to ensure three points.

Lukaku was largely starved of service throughout the clash, but took the two chances that came his way in clinical fashion to maintain Chelsea’s unbeaten start to the season.

His first came after chopping inside Axel Tuanzebe to fire home a low finish, before an emphatic second made it three goals in three appearances for the £97.5m man.

Read Also – Iconic Duos: Desailly and Blanc, The Rock and the President