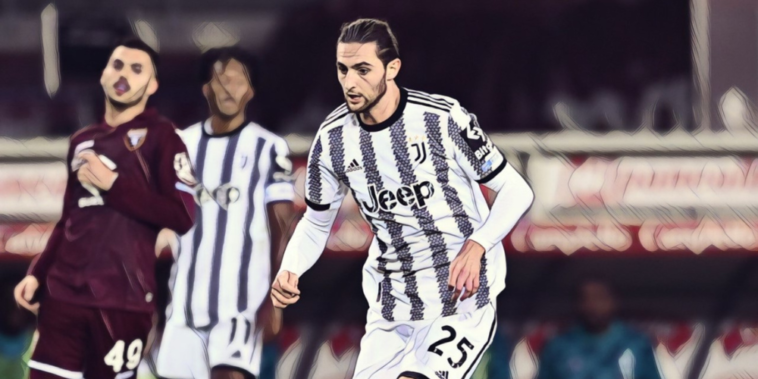 Tottenham are planning another raid on Juventus as the club look to sign Adrien Rabiot in January.

Rabiot is out of contract at the end of the season and his situation has alerted several Premier League clubs, with Manchester United having been linked with the midfielder during last summer’s window.

The 27-year-old impressed during France’s run to the World Cup final in Qatar and could be open to a new challenge given the uncertainty at Juventus, with the club under investigation amid allegations of false accounting.

Spurs’ director of football, Fabio Paratici, was responsible for the deal that took Rabiot to Juventus from Paris Saint-Germain in 2019 and is plotting a cut-price swoop to sign the midfielder next month.

The Times are reporting that Juventus will demand a fee of £13.5m for Rabiot, who could leave on a free transfer at the end of the campaign. Arsenal are among the clubs to have also been offered the player.

Paratici’s presence in north London has ensured a strong working relationship between the clubs, having struck deals to bring Dejan Kulusevski and Rodrigo Bentancur from the Italian side last January.

Antonio Conte is understood to have demanded several signings as the January window approaches, with Spurs also keen to bring in another atacking player and full-back in addition to Rabiot. The club have been linked with Sporting Lisbon’s Pedro Porro and will allow Djed Spence to leave on loan should a new defender arrive.