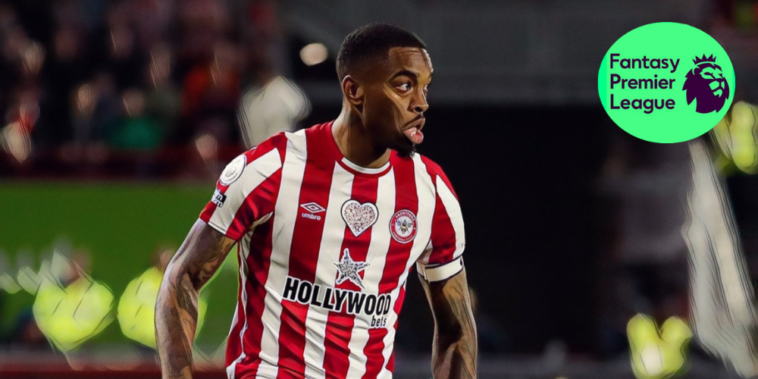 Fantasy Premier League returns after the brief break created by a mid-season World Cup and managers have been handed unlimited transfers ahead of the season’s resumption on Boxing Day.

The winter World Cup will have impacted FPL squads, with Gabriel Jesus among the major casualties of the tournament. The Arsenal forward – who became the most picked player in Fantasy Premier League history during pre-season – is set for an extended spell on the sidelines after undergoing knee surgery.

He still sits in over 50% of squads at the time of writing and we’ve picked out five of the best players who could replace Jesus in your side.

Toney has been in brilliant form for Brentford during the season’s opening months, with ten goals in just 14 league appearances for Thomas Franks’ side. His form earned the 26-year-old a first England call-up in September, but he failed to make his debut and missed out on the final selection for the World Cup in Qatar.

Toney sent a statement to Gareth Southgate with a match-winning brace as Brentford won at Manchester City before the break and will hope to pick up where he left off against Spurs on Boxing Day.

He warmed up for the return of the Premier League with a stunning goal in the club’s friendly draw with Wolfsburg, channelling his inner-David Beckham with an effort from just past the halfway line.

Brentford face West Ham (A) and Liverpool (H) after their clash with Spurs, before an appealing set of fixtures as the Bees take on Bournemouth (H), Leeds (A) and Southampton (H) in the new year.

Injuries to Diogo Jota and Luis Diaz could hand Darwin Nunez an extended run in the Liverpool side, as the forward continues his adaptation to the Premier League.

Nunez has averaged a goal every 109 minutes for Liverpool across all competitions this season, scoring nine times. He scored four times in six league games before the World Cup break and re-joined Jurgen Klopp’s squad early after Uruguay’s disappointing group stage exit.

A pinpoint pass from Bobby Clark to find @Darwinn99, who returned to action with this calm finish 👌 pic.twitter.com/LoJdN8Na7P

He also scored twice as Liverpool thrashed AC Milan in a warm-up friendly last week and showed encouraging signs that he was adjusting to English football before the break.

Aleksandar Mitrovic is the most transferred in player ahead of Gameweek 17, with FPL bosses flocking to the Fulham forward.

The Serbia international has been in fine fettle for the Cottagers since promotion, with nine goals in 12 league appearances for Marco Silva’s side.

Fulham travel to face Crystal Palace when the Premier League restarts over the festive period, before clashes with Southampton (H), Leicester (A) and a west London derby with Chelsea (H).

Mitrovic is the 🔝 transferred in player ahead of Gameweek 17 💷

At £6.8m and with these fixtures, is the Fulham striker the best option to partner Haaland in #FPL? 🤔 pic.twitter.com/BweG3knPTC

He scored twice in three games for Serbia at the World Cup, though FPL managers should be warned that the combative centre-forward is one yellow card away from a suspension.

Is Anthony Martial ready for an extended run in the Manchester United side?

His return to fitness, coupled with his price-tag and the exit of Cristiano Ronaldo, makes him an attractive option for Fantasy Premier League managers ahead of the restart. The Frenchman has struggled with fitness issues over the season’s opening months, but has averaged a goal every 73 minutes when on the pitch in 2022/23.

He has four in all competitions and will want to kick-on as United push for a place in the top four, having missed out on a place in France’s World Cup squad.

Martial’s career with the club has been blighted with periods of inconsistency, but the coming months represent a real chance for the 27-year-old to reignite his time at Old Trafford.

Eddie Nketiah is expected to deputise for Jesus during his absence, with the Gunners lacking alternatives at centre-forward. The 23-year-old has failed to start a Premier League game since Jesus’ summer arrival, but has three goals in seven starts across League Cup and Europa League fixtures this season.

Last season, Nketiah impressed after being given a long-awaited run in the side. He scored five goals in just eight starts across the Premier League run-in as Arsenal narrowly missed out on Champions League qualification.

Mikel Arteta has backed the academy product to deliver, in a team brimming with confidence at the top of the division. With the likes of Martin Odegaard and Bukayo Saka carving out chances, Nketiah could thrive as Arsenal face West Ham (H), Brighton (A) and Newcastle (H) after the restart.