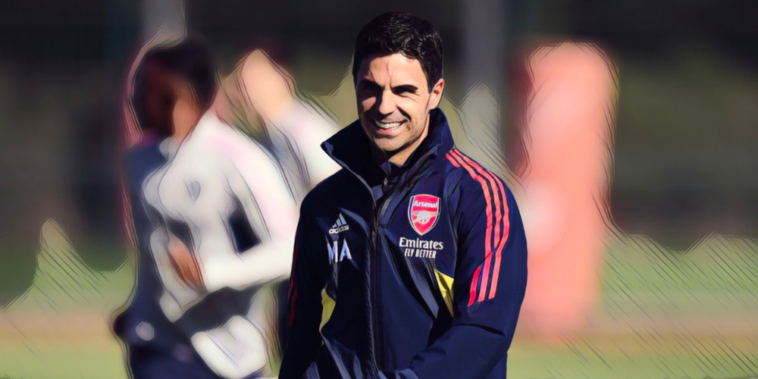 Mikel Arteta has confirmed that Arsenal will be active in the January transfer window as the Premier League leaders look to improve their squad.

Arsenal are top of the Premier League table and will resume their campaign against West Ham on Boxing Day, though will do so without Gabriel Jesus who suffered a knee injury at the World Cup and has since undergone surgery.

Jesus has impressed since his summer arrival from Manchester City and has five goals and five assists in the Premier League, with Arsenal lacking a depth of alternatives to the Brazilian at centre-forward.

Arteta had previously hinted that Arsenal could enter the market for reinfrorcements and has now confirmed that the Gunners will be active in their pursuit of new additions this winter.

“We are going to be active and active means we are looking to strengthen the team,” said Arteta at a press conference.

“This squad still doesn’t have the luxury of not maximising every single window. We have to do that because it’s really important.

“But then we have to get the right profile, it has to be the right player to take us to the next level.”

Arteta provided an update on his squad and the status of those returning from the World Cup, admitting there was a buzz from his players at returning to north London and continuing the club’s title challenge.

“They were all fine,” said the manager. “Some came earlier than expected and they were buzzing to be back and part of it.

“I feel a really good energy around the place. They have got straight away into the rhythm and what we want.”