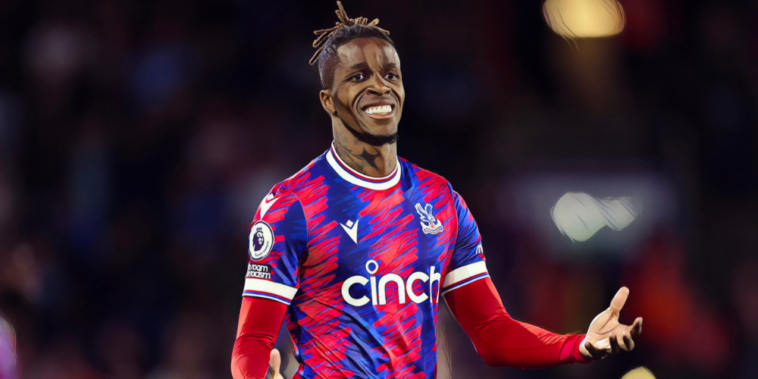 Tottenham are interested in a deal to sign Crystal Palace forward Wilfried Zaha on a free transfer next summer.

Zaha is out of contract at the end of the season and has so far failed to agree terms on an extension with the Eagles, with a number of top clubs monitoring his situation at Selhurst Park.

The 30-year-old has turned down proposals to sign a new deal at Palace and could leave the club next summer after several windows of transfer speculation.

Football Insider are reporting that Spurs are keeping tabs on Zaha ahead of a summer move, with the north Londoners long-term admirers of the Ivory Coast international.

The cross-capital switch could provide Zaha with a chance to compete in Europe, having held ambitions of testing himself at the highest level after an ill-fated move to Manchester United in 2013.

Zaha scored 14 league goals in a career-best campaign for Palace last season and has been in impressive form this season, with six goals from 13 appearances.

Palace are desperate to keep the academy product at the club, but face a challenge to convince Zaha to sign a new deal given interest from higher up the division.

Arsenal have also been linked with renewing their interest in the Ivorian after previously approaching Palace over a potential deal.