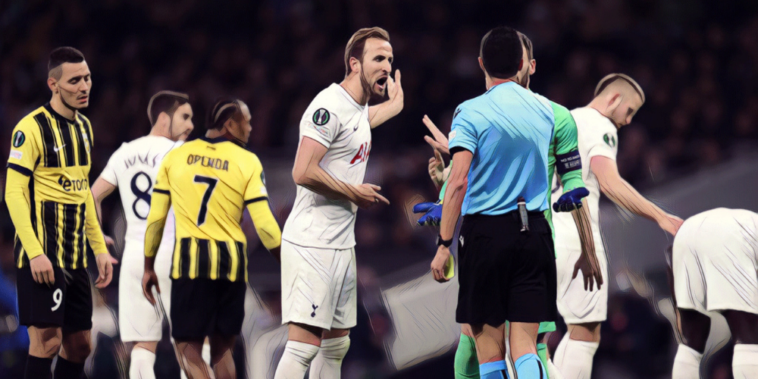 Tottenham have been eliminated from the Europa Conference League after UEFA deemed their postponement against Rennes as a forfeit.

The fixture on December 9 was called off following an outbreak of positive Covid-19 cases amongst Antonio Conte’s squad, who subsequently saw Premier League clashes with Brighton and Leicester also postponed.

Conte had called for the game with Rennes to be rearranged, with a victory for Spurs enough to see the north Londoners leapfrog Vitesse Arnhem and reach the knockout rounds.

However, UEFA have ruled the game as a forfeit and awarded group winners Rennes a 3-0 win, eliminating Spurs from European action for the remainder of the 2021/22 season.

The governing body have released a statement confirming the decision made by the chairman of UEFA’s Appeals Body.

“To declare the 2021/22 UEFA Europa Conference League group stage match between Tottenham Hotspur FC and Stade Rennais FC, that was initially scheduled to be played on 9 December 2021, as forfeited by Tottenham Hotspur FC, who is therefore deemed to have lost the match 0-3 in accordance with Annex J.3.1 to the Regulations of the UEFA Europa Conference League (2021/22 Season).”

Dutch side Vitesse will now face Rapid Vienna in the Europa Conference League’s play-off round, with Leicester – who dropped down from the Europa League – the remaining Premier League representation.

The Foxes will face Danish side Randers in the next stage, whilst Celtic meet Norway’s Bodo/Glimt.