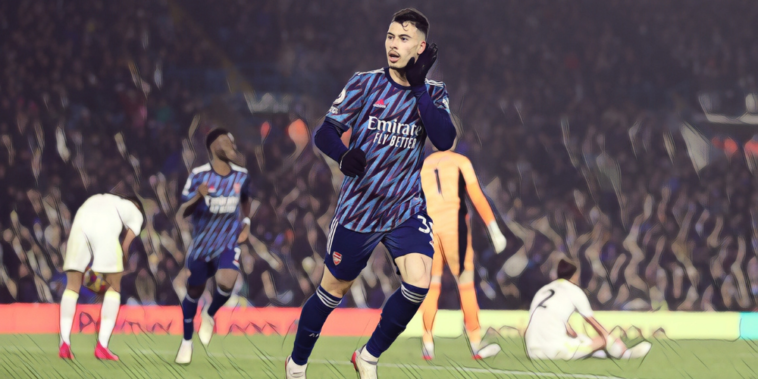 Just where do we start with Tottenham’s 2-2 draw with Liverpool, arguably the most incident-packed game of the Premier League season so far as the two teams played out an enthralling draw.

From glaring missed chances, to controversial refereeing decisions and individual mistakes, there was no shortage of talking points as Liverpool lost ground in the Premier League’s title race.

Jurgen Klopp’s side had rode their luck to come from behind and lead in north London, but the game – and result – turned following an awful mistake from goalkeeper Alisson.

The Brazil international had kept the Reds in the contest after making superb saves to deny Son Heung-Min, Dele Alli and Harry Kane, but his hash of an attempted clearance gifted Son the crucial equaliser for Spurs.

Liverpool had not lost since their last visit to London to face West Ham, a fixture which saw Alisson notably struggle as the Reds crashed to defeat. His error on his latest trip to the capital has handed a potentially crucial advantage to leaders Manchester City, who are on a fine run of results at present.

Arsenal are growing in confidence once again and strengthened their position inside the Premier League’s top four with a 4-1 win at Leeds.

The Gunners took advantage of West Ham and Manchester United being out of action to move four points clear of the fifth-place Hammers in the race for Champions League football, producing an impressive performance to set a new Premier League record of 11 shots on target in the first half of a fixture.

Mikel Arteta’s youthful side were brilliant during the opening exchanges to cut apart a Leeds side without several senior names, with Gabriel Martinelli continuing his excellent return to form with a clinical brace at Elland Road.

Gabriel Martinelli was an unused sub in seven of Arsenal’s first 12 league games.

He’s started five of their last six and has four goals and two assists in the process 🔑 pic.twitter.com/75VyxjARkW

The Brazilian has had to be patient since recovering from a lengthy injury lay-off, but has rapidly become an important part of Arteta’s side in recent weeks with his endless energy and effective movement.

Martinelli was outstanding in the win at Leeds with his running in off the left, twice drifting inside to finish confidently and take his haul to six goal involvements (4G, 2A) in seven league starts this season.

With Bukayo Saka in menacing mood on the opposite flank, Martin Odegaard growing into the number 10 position, and Emile Smith Rowe coming off the bench to score for a second successive fixture, Arsenal have a talented core of attacking talents who had grow together under Arteta’s guidance.

Arsenal have now had 52% of their goals this season scored by players aged 21 or under and the future appears bright at the Emirates.

Joao Cancelo is one of the leading full-backs redefining the role this season, becoming the third Premier League defender – after Trent Alexander-Arnold and Reece James – to reach 10 goal involvements in all competitions this season.

Cancelo created one and scored another in Manchester City’s 4-0 win at Newcastle, his stunning effort our Premier League Goal of the Week.

Cancelo side-stepped the challenge of Joe Willock before driving forward, dropping his shoulder to create room for a fierce strike that flew beyond Martin Dubravka to double the champion’s lead at St James’ Park.

It was a moment of magic from the Portugal international who capitalised on the poor defending of the home side to slam home his third goal of the season.

There were some bad misses in the Premier League this weekend, though perhaps none worse than Bukayo Saka’s miscue in front of an open goal for Arsenal at Leeds.

The England international produced a scintillating performance to score in the Gunners’ 4-1 win at Elland Road, but his evening began with a moment he’ll want to forget as he turned wide of an unattended goal.

Alexandre Lacazette’s effort was parried into the path of the Arsenal winger, who failed to adjust his feet in time to prod wide when it appeared easier to score.

Whilst his blunder came with the game goalless, it mattered little as the north Londoners ran riot to secure an impressive three points on the road.

Antonio Conte was pleased with the performance of his side after Tottenham’s 2-2 draw with Liverpool, a fixture which saw several stars provide the Italian with a reminder of their qualities.

Harry Winks, Dele Alli and Ryan Sessegnon all produced encouraging displays for the north Londoners, with Conte praising the previously out-of-favour trio post-match and suggesting each could still salvage a future with the club.

He reserved particular praise for Winks, indicating his belief that the midfielder can reestablish himself as an important part of the Spurs side.

“I think a good performance, but I didn’t have doubts about this. Harry Winks is working very hard. He impressed me in training sessions for his commitment, his will, his desire. I think he’s a really good player.

“When we play in this way, with this formation, with a number four in front of the three central defenders, I think he’s very, very good. Very good.”

Liverpool’s midfield options were depleted this weekend with the first-choice trio of Jordan Henderson, Thiago Alcantara and Fabinho all ruled out against Tottenham, their absence seeing Jurgen Klopp hand teenager Tyler Morton with a first Premier League start.

James Milner provided an experienced and assured presence alongside his fledgling teammate, a footballer who incredibly made his Premier League debut just 10 days after Morton was born.

19 – Tyler Morton is today making his first Premier League start for Liverpool. He is starting in midfield alongside James Milner, who made his Premier League debut in November 2002 for Leeds United, 10 days after Morton was born. Tutelage.

Illan Meslier aside, there was a catalogue of potential selections from Leeds as Marcelo Bielsa’s side found themselves on the wrong end of a second successive hammering, whilst Newcastle also lead our candidates after being outclassed by the champions.

There was moments of Sunday League defending from both sides this weekend, but the comical mix-up that led to Manchester City’s opener at Newcastle was perhaps the very worst.

Ciaran Clark’s decision to leave Joao Cancelo’s cross provided Ruben Dias with the simplest of finishes, the centre-back’s return to the side a poor one as neither he or Martin Dubravka covered themselves in glory at St James’ Park.

Reinforcing his backline must be the number one priority for Eddie Howe as January approaches, with Newcastle’s current contingent Championship standard at best.

The Magpies need multiple additions to provide a semblance of solidity across the second half of the season, with a return to the second tier becoming an increasing prospect with each passing performance.